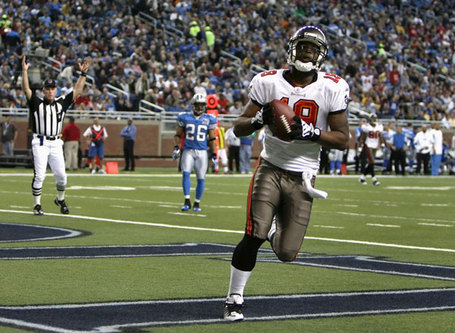 So how did the Lions lose this week?  Well, they allowed the Buccaneers to outscore them 38-3 after going ahead 17-0 in the first quarter.  That's right, the Lions not only blew a 17-point lead, but they also let this game turn into a blowout.  It was typical Lions football both offensively, defensively, and on special teams, and they are now 0-11.

As the clock expired and Tampa Bay officially won 38-20, the first thought that came to my mind was how typical of a loss this was for the Lions.  To take a 17-0 lead before ultimately losing 38-20 is just flat out ridiculous, and that's all I can really say about a game like this.  It is simply amazing how bad the Lions played after the first quarter, but then again, that should be expected from a winless team.

The Lions will have to find a way to survive on Thanksgiving against the no longer undefeated Tennessee Titans.  The Titans will be coming into this game angry after the Jets dominated them on Sunday.  The Lions, on the other hand, will be coming into this game with lots of injuries and a still-perfect 0-11 record.  If Detroit can even keep it somewhat respectable it would be a moral victory.

Kickoff for the Lions-Titans game on Thanksgiving is set for 12:30 p.m. ET on CBS.  The game will actually probably be sold out, so those of us that live in the blackout zone will get to watch a Lions home game for a change.