I think it's safe to say that Pro Football Talk's report that Pacman Jones has agreed to a deal with the Lions is inaccurate, to say the least.  Tom Kowalski had sources calling it "way off base" right after the story was posted, signaling that it probably wasn't correct.  That became more evident when other outlets chimed in with sources saying that Jones and the Lions had not agreed to a deal.  The ultimate confirmation that there was no deal in place came from Jones' agent, who made it clear that while something is possible in the future, there are no developments on the contract front right now.

Savage said he hoped to set up in-person visits with those teams in the near future.

"Nothing's imminent, and I'm hopeful to schedule visits here in the next week or two," said Savage, whose comments came two days after Detroit coach Jim Schwartz said the Lions were "definitely interested" in signing Jones.

"It was like, ‘Huh?’ " Savage said. "We have a couple trips scheduled to a couple teams. I talked to Martin, and I talked to the Detroit Lions, and there is interest. They’re kind of dragging their feet a little bit. I’m trying to get them a little bit more information so they can make this thing happen. But we’ve not talked numbers or anything yet."

So why did PFT report that Jones had agreed to terms with the Lions?  Caution, you are about to enter the spin zone.

As we've heard it, via NBC Sports Digital G.M. Rick Cordella's intel gathering in Las Vegas, an agreement has been struck, and the Lions will announce it on Tuesday.  We've spoken to Cordella again, and we stand by the report.

But here's the thing.  We wouldn't rule out the possibility of the Lions delaying the announcement, now that word has leaked.  Also, if Jones hasn't already signed a contract and if the Lions think that the leak traces to him and not them, the Lions might decide not to proceed.

My first response to reading the above quote was this: 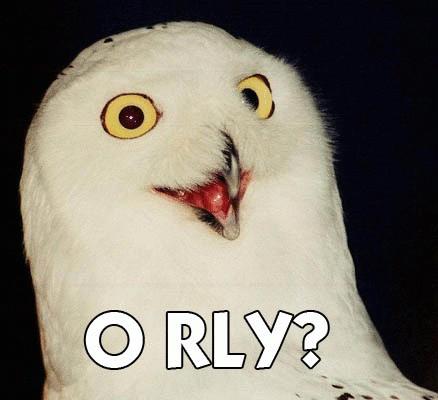 Although Pacman Jones' agent isn't exactly the most reliable source in the world considering the 49ers have come out and said they do not have interest in Jones, which is contrary to what his agent said in one of the quotes above, Florio is clearly trying to spin this into his story not being inaccurate.

It's entirely possible that Jones could agree to a deal with the Lions at some point, but this supposed delay is not going to be the result of word leaking out early about a potential deal.  The delay will be because the Lions haven't had enough time to complete their evaluation process, which will include a face-to-face meeting with Jones.  To say that a deal might not happen because word leaked out is nothing more than spin and Florio's weak attempt to save face.