With how poorly the Detroit Lions had been running the ball this season, the last thing I expected on Monday night was to see Jahvid Best run 88 yards for a touchdown. In the third quarter, though, that's exactly what he did on the first and only play of the drive. Best ran down the field untouched and was able to put the Lions on top by two possessions. The Bears looked stunned, and that touchdown was an early dagger for them.

After not really being able to open up many holes, how did the Lions suddenly give Best so much room to run on his touchdown? Warren Sapp broke the play down on NFL Network this week, and as he said, it all started with gap control. Usually the Bears are very good about maintaining their gaps, but not so much on this play.

Sapp points out that Lance Briggs was responsible for the A gap and Brian Urlacher was supposed to have the B gap: 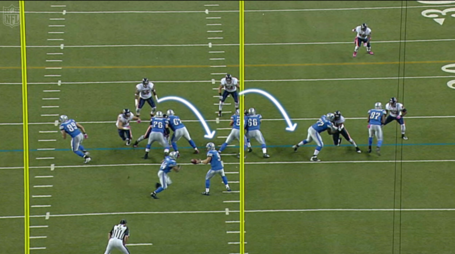 The problem for Chicago and the reason this play was so successful for the Lions is that Briggs decided to keep his eyes on Matthew Stafford instead of Best. He followed Stafford to the outside and lost gap control, and Stephen Peterman took care of Urlacher after he and Dominic Raiola moved one of the defensive tackles out of the way. 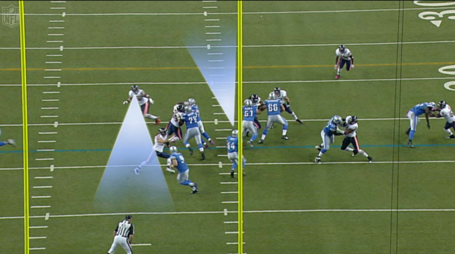 Best cut upfield through the wide open hole created by a pair of double teams. With Briggs nowhere to be found and Urlacher being blocked by Peterman, Best had a lot of running room. The reason this turned into an 88-yard touchdown is because safety Chris Harris was expecting Best to go through the hole between Peterman and Gosder Cherilus. 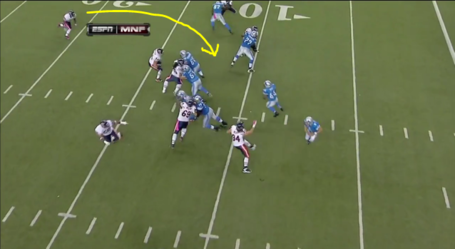 Instead of going to the right, Best cut upfield, and by the time Harris realized this, it was too late. Best was already running through the hole and Harris was busy trying to change direction. Needless to say, Harris had no chance of keeping contain. 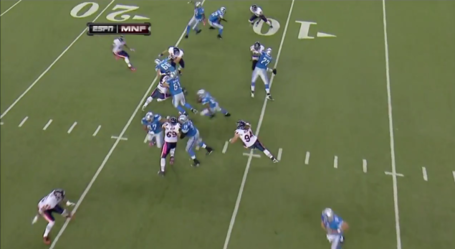 The final piece of the puzzle for this touchdown was the awful angle Brandon Meriweather took. He thought he was going to be able to get to Best from here despite the entire right side of the field being open. 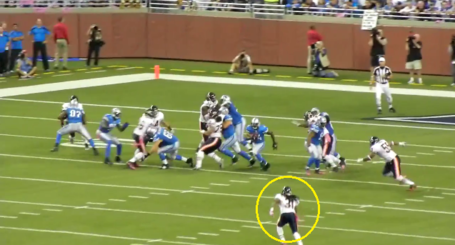 Meriweather realized he needed to take a better angle a split second too late. 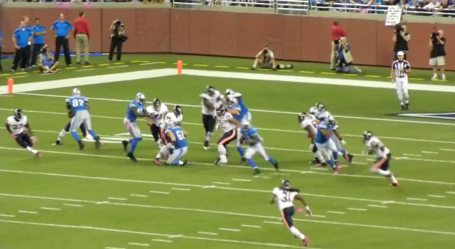 By the time Meriweather recovered, Best already had his sights set on the end zone. It became a foot race, and there was no chance Best was going to lose it. 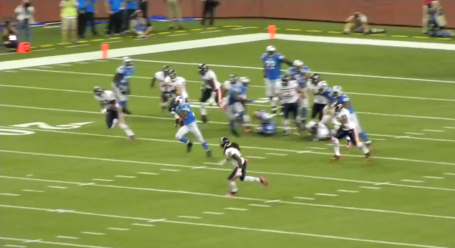 I suppose it should come as no surprise after seeing a play like this that Harris and Meriweather have both been benched by the Bears this week. Although the linebackers allowed this play to develop, the safeties here had no contain on Best, who simply used his speed to score once he hit the hole.