Throughout the entire season, there has been a growing portion of the Lions Pride that has been grumbling about the special teams. This week, that discussion has blown up after the Lions gave up another punt return touchdown against the Bears on Sunday. Jim Schwartz has even shown his discontent. Schwartz said of the Lions punt coverage:

"I think there's only one area that I'd say consistently needs to be better, and it hasn't just been in these last four games but it's been pretty much the whole season, it's been our punt coverage and our punt return."

The Lions now rank 29th in punt return coverage and 28th in kickoff coverage. This is after being ranked 27th in punt coverage and seventh in kick coverage in 2010. So what is going wrong? Let's take a look at a couple returns from last week.

Logically, let's start with Devin Hester's punt return touchdown. Here's what it looked like when Hester picked up the ball after initially dropping it: 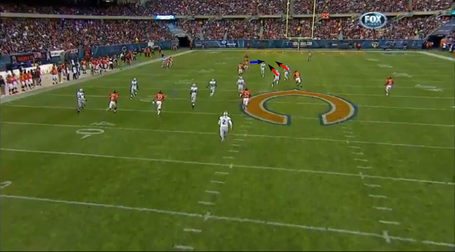 Everything looks okay. If anything, the Lions look vulnerable to the left side of the screen. But there's a problem. The Lions on the outside have all of their momentum going inside, failing to contain the outside. A speedy Hester easily outruns them to the right, with the help of a lead blocker. 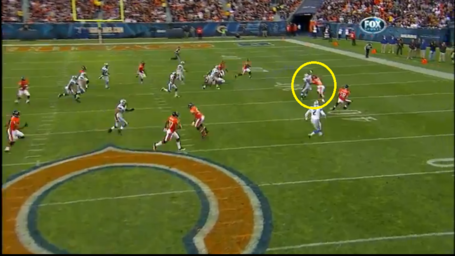 But not all is lost! Our Lions friend in the circle is in perfect position to make the play and force him back inside, where plenty of Lions are waiting for him. Wait ... guy in Bears jersey ... what are you doing? Why are your hands extended on our hero's back? Why are you shoving him when you know that will result in a penalty? 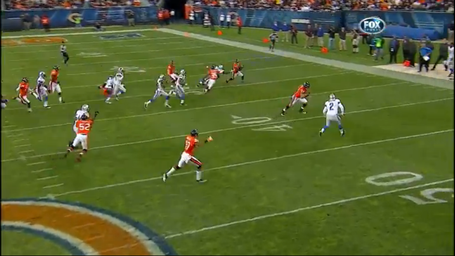 Well, you've pushed our guy beyond Hester, allowing him to only get a hand on him and fail to contain the outside. But doesn't matter, I'll let Hester wear himself out. The flags will fly and the Bears will have it first-and-10 at their own 25-yard line. Hmm ... that's strange, didn't see a flag thrown anywhere ... wow, everyone's getting really excited for a play that isn't going to count ... why hasn't FOX displayed their cute little "FLAG" icon on the scoreboard yet ... hahaha really funny FOX ... wait ... really ... REALLY?!? 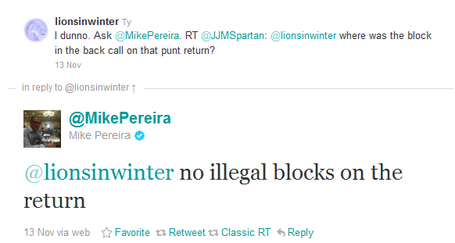 So, we've learned two things. One: the Lions did a poor job containing the outside initially. However, they were in position to slow this play to a 10-15 yard return. Then, an extremely important block in the back was missed and caused Hester to take it the distance. We'll call blame 50/50 on this one. Next.

This is Hester's first punt return that went for 29 yards. (Thanks to NFL Game Rewind for the coach's film angle.) 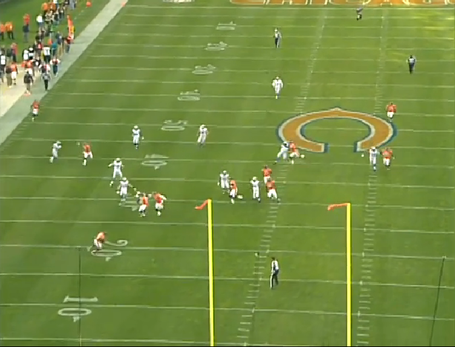 We can tell right away that things could be trouble. There is plenty of room to the right and there is a Bear for every Lion right of the left upright (in fact, there are four Lions and five Bears). A second later, our fears are confirmed. 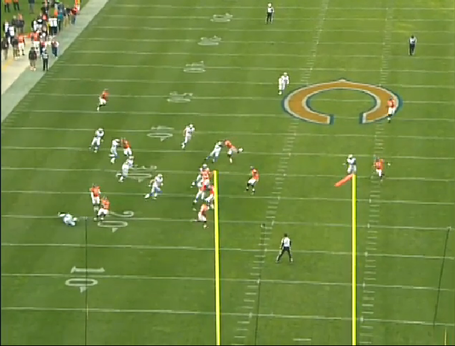 Plenty of open space for Hester. There is one Lion who is running free unblocked, and indeed does a good job of containing the outside. However, Hester one-on-one with a special teamer is going to be a loss for the coverage team 99% of the time. 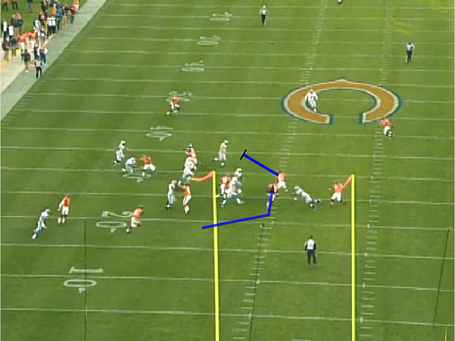 Hester makes a quick move to the inside and the Lions player (Ashlee Palmer) doesn't even get a hand on him. The Bears have a lead blocker in place to prevent Lions in pursuit from catching Hester. It's up to Ryan Donahue Robert Malone to make the play, and he does.

So again, what have we learned? Well, the Lions were kind of doomed from the start here. If the Lions are going to come heavy on the left side of the field, they need to be able to force Hester to that side. The Lions gunners were not fast enough to get in position and handed Hester this opportunity. Palmer had an opportunity to take Hester down, but it would've taken a superhuman effort.

Obviously, in an ideal world, Malone would've kicked both punts out of bounds, but this is much easier said than done. If Malone would've shanked those punts out of bounds, he would've been criticized for it and the Lions organization would've likely been shamed for signing such a terrible punter. One other option, which often gets ignored, is to just kick the punt a mile high; focus more on hang-time and less on distance. This would've forced Hester to call for more fair catches. Again, this is easier said than done, but it is much easier to control the height of a punt than it is to control the angle.

But as evidenced by this breakdown, the problem runs much deeper than the punts themselves. The coverage team needs to do a better job of keeping contain and then making the play when they have the opportunity. They may have been the victim of a costly missed call, but they didn't do themselves any favors, either.