Share All sharing options for: Lawrence Jackson Bought Himself A Packers Doormat

For the last decade, the Detroit Lions have been considered the doormat of the NFC North. Teams usually have had their way with them, and the one common thing each season has been seeing the Lions listed last in the standings.

This past season, the Lions showed signs of progressing from their doormat status and giving that role in the division to a team like the Minnesota Vikings. Detroit wants to put itself in a position going forward to be mentioned with the likes of the Green Bay Packers, which just won a Super Bowl, rather than the cellar dwellers of the NFL, and many believe they will move beyond their doormat status for good next season.

Perhaps as a motivational tool and a joke, Lions defensive end Lawrence Jackson went out and bought himself a Packers doormat (picture after the jump) that lists all of Green Bay's NFL titles and Super Bowl championships. Jackson, who went to USC, also bought a UCLA doormat to walk all over before he gets into his hot tub, so it's more of a joke than anything. Even so, constantly being reminded of the success the Packers have had can definitely be a constant motivator to get better and help the Lions get to that level of success. As he said in his tweet, Jackson wants the Packers' legacy to stop with the 2010 season. Now it's time for the Lions to create a lasting legacy of their own. 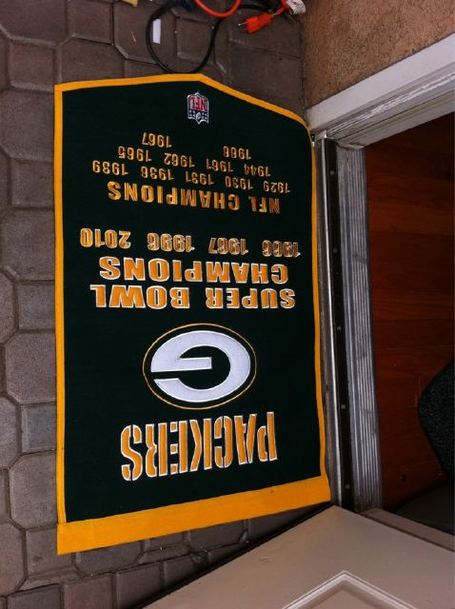