The NFL Players Rookie Premiere photo shoot was held on Saturday at the Los Angeles Coliseum. Rookies from a variety of teams were in attendance, including Detroit Lions running back Mikel Leshoure and wide receiver Titus Young.

Usually by now we would have already seen plenty of pictures of the rookies in their new teams' jerseys. Thanks to the NFL lockout, however, there have been no minicamps or OTAs and no opportunities for the players to be photographed in the unis of their new teams.

The Rookie Premiere photo shoot did finally get the players in the jerseys of their new teams. Some players were wearing "00" as their jersey number since they haven't officially been assigned a number yet. For the Lions' rookies, that wasn't the case. Young was wearing his No. 16 jersey and Leshoure had the No. 25 jersey on. After the jump, via Jilane Rodgers, are pictures of Young and Leshoure in their Honolulu Blue jerseys.

The 2011 Rookie Premiere class (Young and Leshoure are in the center of the bottom row): 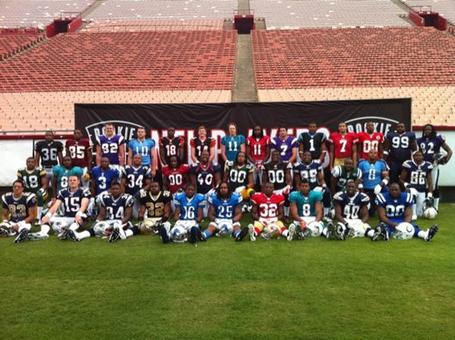 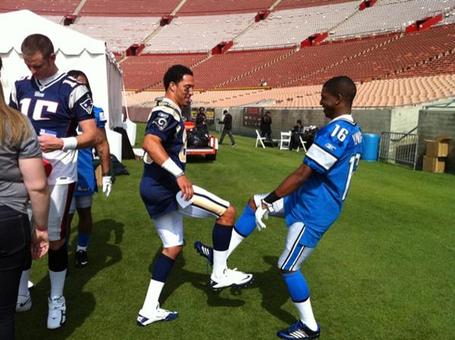 Leshoure watching Torrey Smith of the Ravens catch a pass: 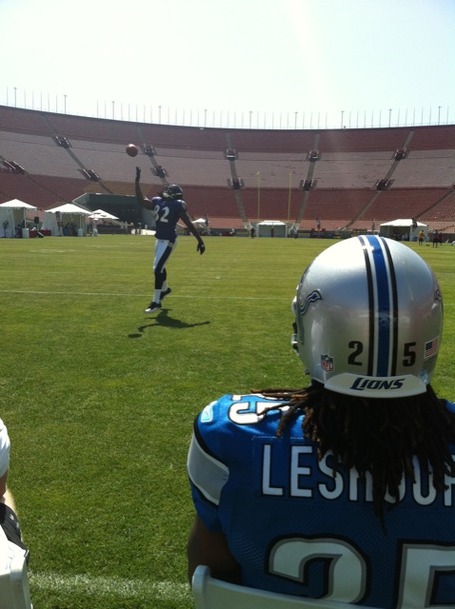 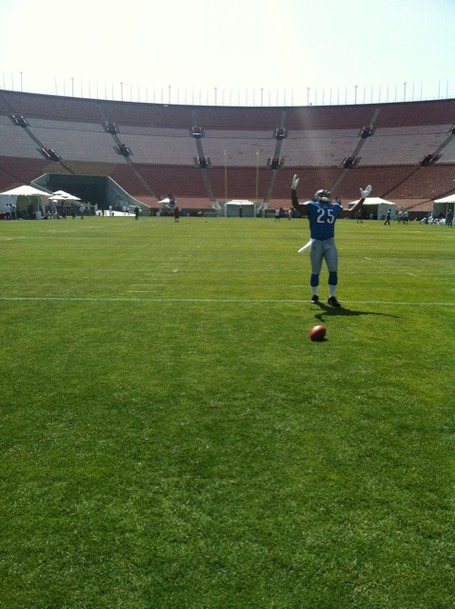