Ndamukong Suh seems to be having a good time in London. He has taken a picture with a lion statue, met a Detroit Lions fan and now has unveiled the car he will be driving in the Gumball 3000: 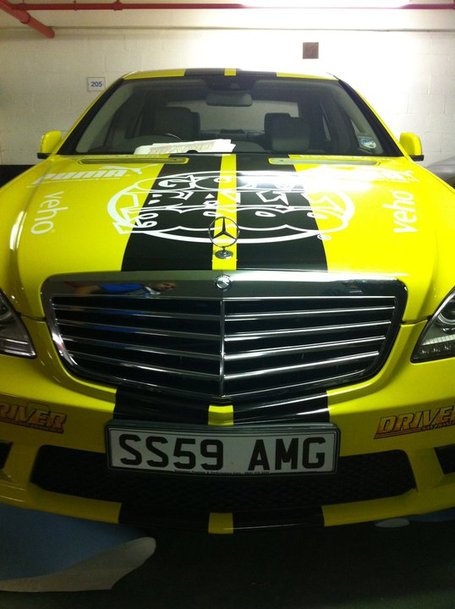 I thought Suh was supposed to drive a Dodge Challenger or at the very least a Chrysler/Dodge car, but it appears he is going to navigate across Europe in a yellow Mercedes. The stickers on the car are his various sponsors. His main one is Driver, a video game series. This August Driver: San Francisco will be out, and it is Suh's primary sponsor.

The Gumball 3000 will officially get started tomorrow. As a reminder, the rundown of stops during the week-long event is as follows: start the race in London and then go to Paris, Barcelona, Cannes Film Festival, The Monaco Grand Prix, Venice, Belgrade, Sofia and Istanbul.