TiqIQ Tip: Save Money On Lions Tickets By Choosing 'Make An Offer' Option

Share All sharing options for: TiqIQ Tip: Save Money On Lions Tickets By Choosing 'Make An Offer' Option 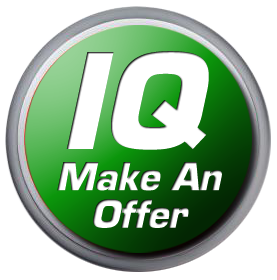 It has been a while since the Lions opened at home with as much buzz as they will on Sunday. With all the excitement, tickets must be difficult to get, right? Well, according to our ticketing partner, TiqIQ, there are a lot of great deals to be had, starting at under $50. There are also over 1,000 eTickets available, most of which are from the NFL Ticket Exchange, which is one of TiqIQ's partners.

In addition to all those buying options, TiqIQ and another one of their partners, ScoreBig, have introduced a "Make an Offer" option to POD readers. Usually this requires a membership, but through TiqIQ, you can get direct and immediate access. While it may come as a surprise that sellers are willing to negotiate for a game with as much buzz as Sunday's, it's a nice twist on the typical model where you only have the option to take it or leave it.

If you're saying to yourself, "there's got to be a catch," it turns out there is one, but it's pretty minor. In order to name a price, you lose the ability to choose a specific seat. Instead, the seller is committing to get you a seat within a specific area or zone. You still have the ability to choose different zones, but inside those zones, the seller gets to choose where you sit. As you'll see if you click on the "Make an Offer" button, you can choose from 1-5 stars and each star corresponds to a different zone.

For this week's game, check out three-star deals, which are mostly 100-level seats in the end zone. They have a list price of $91, and TiqIQ recommends offering $65, which is a really meaningful discount. Because these deals carry no fees, it also makes them the cheapest option in the market. You're also guaranteed to get your ticket in time for the game. Keep in mind, though, prices go up as tickets get sold. If you're looking for a deal, move quickly.

If you don't want to go the "Make an Offer" route but need tickets to the game, make sure to check out all of the seats available for the Chiefs game on Pride of Detroit's tickets page.