After his performance on Sunday, Riley Reiff received high praise from teammates and beat writers. A review of the film shows, indeed, he had an impressive game.

Riley Reiff is clearly becoming a big part of the Detroit Lions' offense. Against the Minnesota Vikings, Reiff only saw five snaps (six percent of offensive plays). But against the Philadelphia Eagles, Reiff was on the field for 22 plays (28 percent). And he did not disappoint. Nate Burleson absolutely raved about him, saying Reiff was "running up on veterans on the Eagles D-line, pushing them around, shoving them around, picking up our running backs after the play, making his blocks, throwing guys out of the hole -- that Reiff guy is legit."

So I wanted to take a closer look and visually see how Reiff was dominating the opponent, and the film did not lie. 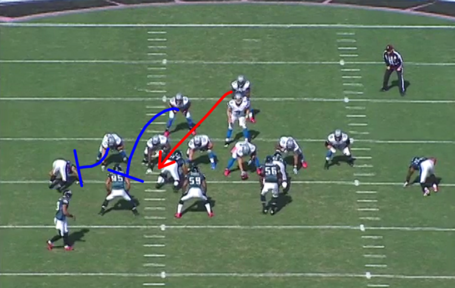 Reiff, lined up next to Gosder Cherilus on the right, was designed to seal Babin from in the inside, while Will Heller heads to the second level and Cherilus seals the other side of the hole. With Babin already lined up in the wide-nine technique, Reiff's job is easy: 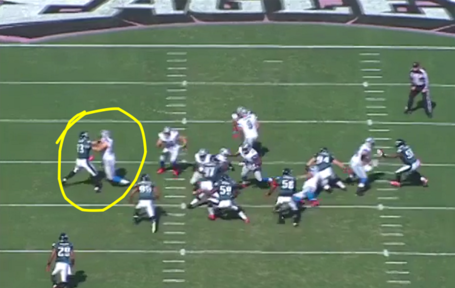 Reiff manhandles Babin, getting perfect position immediately and being able to extend his arms fully. By the time Leshoure hits the line of scrimmage, Reiff has turned Babin completely away from the play: 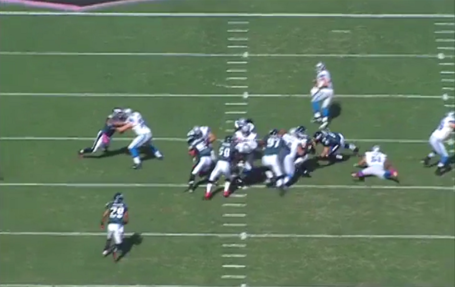 Reiff is perfectly in between Babin and Leshoure, giving Babin no route to the back. Unfortunately, Leshoure misses the big hole and only picks up five on the play, but Reiff did his job effectively.

So Reiff can handle one-on-one coverage with a defensive end, but how can he handle getting to the second level? Again, Reiff answered the call: 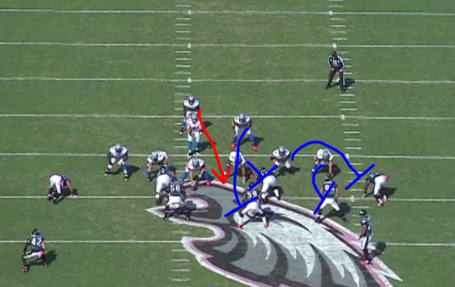 Reiff, on the left side of the line this time (camera right), is supposed to head to the second level, while Jeff Backus loops around him to take the end out of the play. It is Reiff's responsibility to keep the linebacker away from the middle of the field, where Joique Bell is headed. 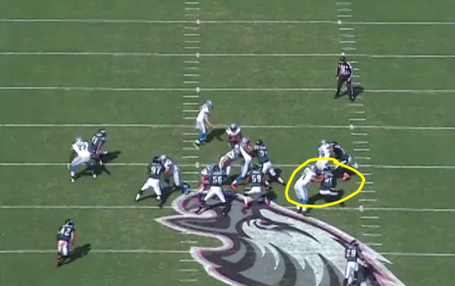 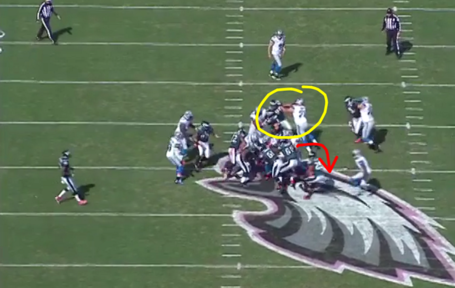 By the time the defender makes it into the backfield, Bell is long gone. This snapshot shows you just how overpowering Reiff was. But Reiff's play also opened up his side of the field. This allowed Bell, who was originally swallowed up by the mess in the middle of the field, to bounce it outside and pick up 13 yards on the play. Reiff deserves a lot of credit for those extra yards.

But what about pass protection? Well, Reiff gets an "incomplete" grade. For almost every passing play he was in, he had tight end help for blocking. 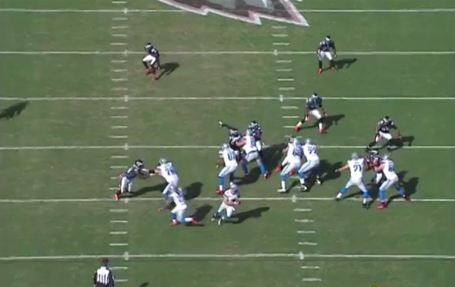 Reiff (on your right) is teamed up with Heller to take on the defensive end. Here you can see that Reiff initially gets pushed off balance and is on his heels. It looks like he may be a bit vulnerable here. 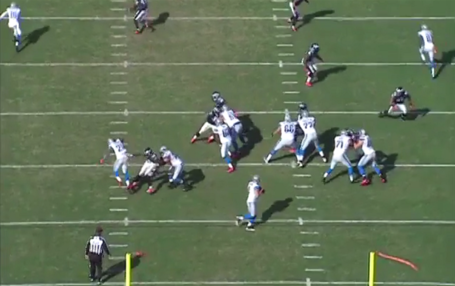 But Reiff sets his feet, re-anchors and is able to again physically dominate. He is able to extend his arms and shove the end completely out of the play by the time Matthew Stafford is ready to let the ball fly. 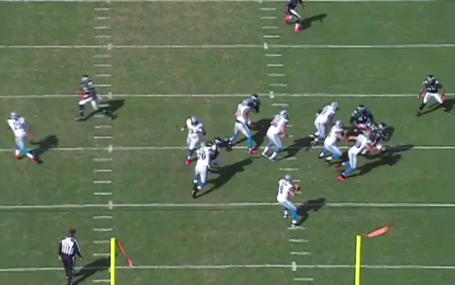 Stafford has a huge pocket and is able to hit Titus Young in stride for a huge play ... had it not been dropped.

Overall, Reiff was impressive in his limited snaps. He wasn't exactly put in the most difficult of situations, and the coaches are still (rightfully) babying him a bit. But if he continues to do his job as well as this, he'll get more playing time and the coaches will take off the training wheels. Then we'll see Reiff's true colors.