Detroit Lions head coach Jim Schwartz made an appearance in NFL Network's A Football Life: Cleveland '95, which profiled the 1995 Browns.

Earlier this week, NFL Network premiered its latest A Football Life documentary. Titled Cleveland '95, it focused on the 1995 Cleveland Browns, which were probably the most interesting 5-11 team in NFL history. This was the final team in Cleveland before the franchise relocated to Baltimore and became the Ravens, and the coaching staff and front office were filled with future stars in the world of football.

Detroit Lions head coach Jim Schwartz was featured in the documentary since he worked for the Browns from 1993-95. He was one of the "slappies," as they called them. He officially was a college/pro scout, but really his job was to simply help out wherever he could -- be it picking up somebody from the airport or buying cigarettes for the secretaries -- while learning the trade under Bill Belichick.

What made the Belichick-led Browns so interesting, aside from the whole relocation controversy, was that so many people working under him went on to run their own team as a head coach or general manager. In addition to Schwartz, Nick Saban (current Alabama head coach), Kirk Ferentz (current Iowa head coach), Pat Hill (former Fresno State head coach) and Eric Mangini (former Jets and Browns head coach) worked under Belichick in Cleveland. Also, Ozzie Newsome (current Ravens GM), Scott Pioli (current Chiefs GM), Mike Tannenbaum (current Jets GM), Thomas Dimitroff (current Falcons GM), George Kokinis (former Browns GM) and Michael Lombardi (former Raiders personnel executive) also worked for the Browns under Belichick. To say the least, there was a lot of talent working for the Browns when Belichick was the head coach. 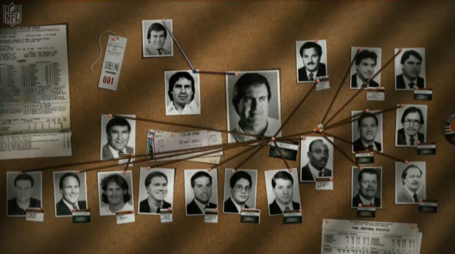 Schwartz appeared throughout the documentary to talk about his experiences working with Belichick. The funniest story Schwartz shared was one he's told before -- about how he inadvertently ate Belichick's lunch one day. He also talked about the experience of working as a "slappy" and how the impending move to Baltimore tore apart a team that was predicted by some to make the Super Bowl before the 1995 season. 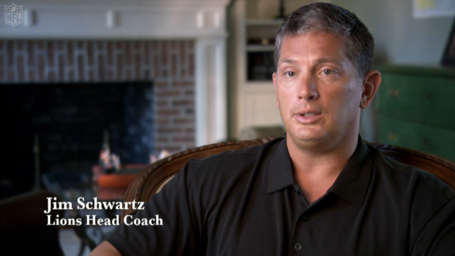 My personal favorite part of the documentary was getting to see the 1995 version of Schwartz again (as the top picture shows). CBS showed that picture during a preseason game last year, and it really never gets old.

You can check out clips from Cleveland '95 on NFL.com and also find out when it will air again. I highly recommend giving it a watch.