With Titus Young out, Ryan Broyles was given the opportunity to step up and display his importance to the offense. Broyles ran some great routes, displayed impressive awareness and made the offense better.

Rookie Ryan Broyles has been showing flashes of talent so far in 2012, but in no game was his skill set more on display than last week against the Houston Texans. Broyles tallied 126 yards on 6 catches. But what really impressed me wasn't how many catches he got, but how he got them.

The first catch he made was absolutely essential for the Lions to get out to an early lead. After an early sack, it appeared the Lions were about to start the game with another three-and-out. But on a third-and-12, Broyles made a huge play. 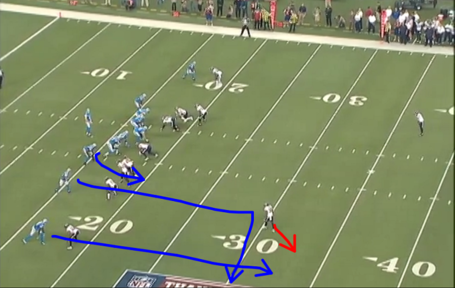 Calvin Johnson is running a deep fly and takes the safety with him. This leaves Broyles one-on-one with the corner. His route is a 15-yard out right at the first down line. It's a tough throw to make, so Broyles will need to get significant space in between him and the defender. 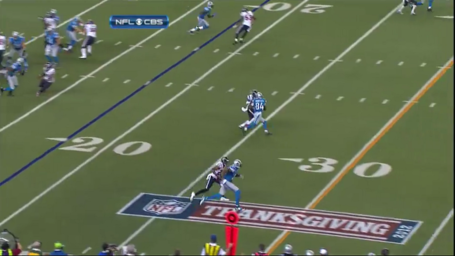 Here's the key: Broyles is effectively faking a seam route. He looks back at Stafford like he's expecting the ball. That gets the cornerback to hug the inside of Broyles. Ryan quickly cuts to the outside, leaving a void for the corner to lean on. 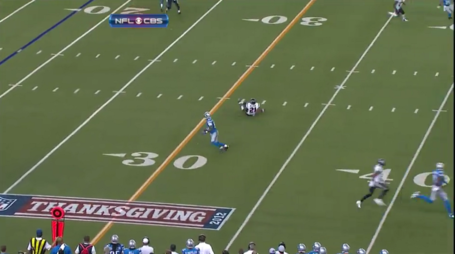 The corner falls, and Broyles is wide open for an easy first down.

The next play is just a great example of how Broyles and Matthew Stafford are already on the same page. 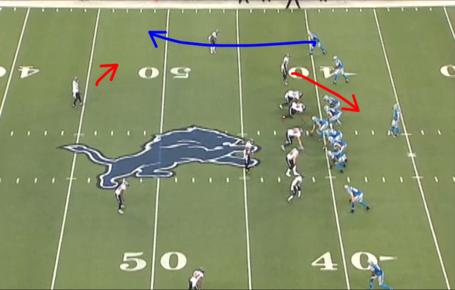 Johnson (top of the screen) is again running a fly and is taking the safety with him again. However, the corner opposite Broyles is blitzing. Ryan needs to recognize this, take advantage of it and let Stafford know. Check. Check. And check. 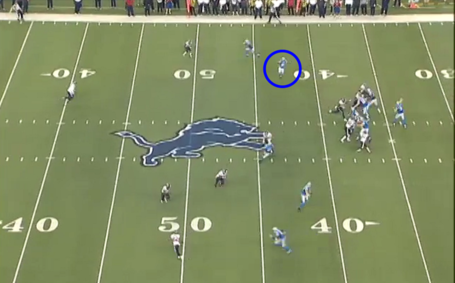 Broyles sees the blitz, and just sits in the open space. He waves his arms (and for the record, he didn't have to, Stafford noticed the blitz immediately) and is off to the races. What I love about this play is Broyles' awareness. It's not often that you see a rookie recognize a blitz like that and properly abandon his route to just sit in the open space. Very impressive.

Broyles' final big play came in overtime. Once again, he displayed his awareness and big-play ability. 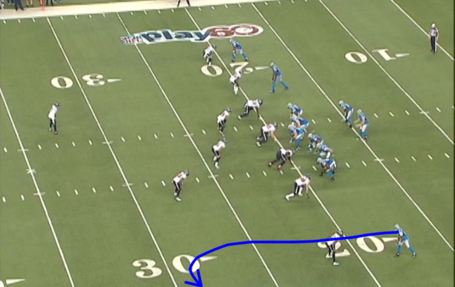 Broyles is running a simple 10-yard out. But, quickly, protection breaks down, and he needs to improvise. 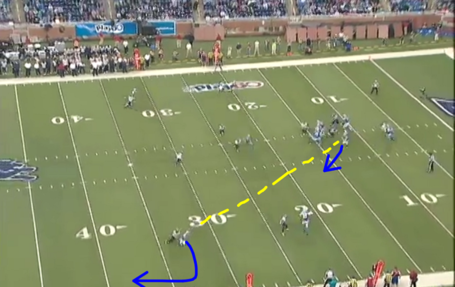 As Broyles makes his cut, he looks back for the ball. What he sees, instead, is Stafford scrambling out of the pocket. Rather than finish his route, he heads down for open field. He and Stafford lock eyes and seem to know exactly what the other is going to do. Result? 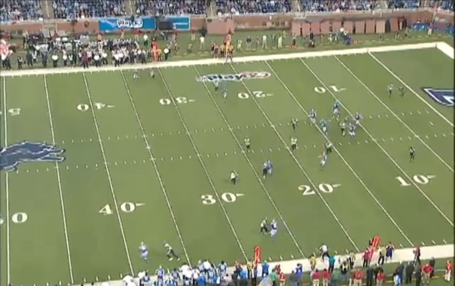 Burnt cornerback, anyone? Stafford connects on the near-touchdown to Broyles and puts the Lions in prime position to kick the go-ahead field goal. A few plays later, Hanson connects on a 40-yarder and Chris Houston picks off Matt Schaub as the Lions went on to hand the Texans their second loss of the season ... or at least that's how I choose to remember it.

Overall, it is pretty clear how valuable Broyles will be in the future. Of his six catches, four went for first downs (two on third down), three were for 20+ yards and five came on scoring drives. For every reason there is to be down on Titus Young, there are a few reasons to be high on Broyles.