When it was revealed that Detroit Lions wide receiver Calvin Johnson won the Madden 13 cover vote, there were two different versions of the cover with him on it. One that was released on the Internet differed from the one Johnson was holding up in Times Square after being revealed as the winner.

The reason for this is because the official cover hadn't been prepared ahead of time. Johnson participated in a photo shoot with EA Sports after he actually won the cover vote. A picture from that shoot helped make the official cover, which was released on Tuesday. Check it out after the jump. 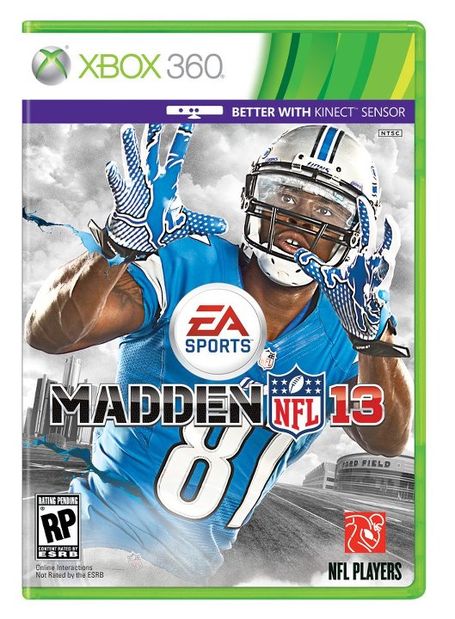 The cover features Johnson in the Lions' new Nike uniform, and he is also wearing the Nike gloves that form the logo when put together. The cover also features Ford Field and the Renaissance Center, which is a nice shout-out to Detroit.