Pride Of Detroit talks with Daily Norseman, SB Nation's Vikings blog, to preview the Lions' matchup with Minnesota on Sunday.

Share All sharing options for: Lions vs. Vikings: Five questions with Daily Norseman 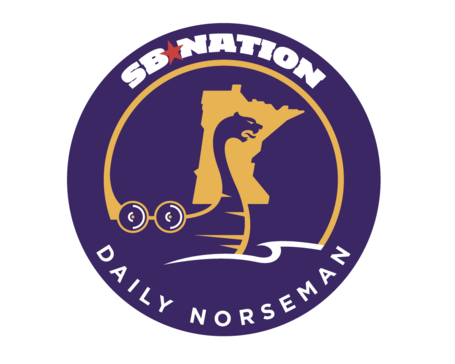 To get ready for Sunday's game, I exchanged five questions with Christopher Gates from Daily Norseman, SB Nation's Minnesota Vikings blog. My answers to his questions can be found over at DN later on Friday, and his answers to my questions are below.

1. Considering how rough the Lions' game against the 49ers went, I think it's safe to say none of us here in Michigan expected the Vikings to not only beat San Francisco in Week 3, but to win by two scores. What did the Vikings do so effectively in their upset of San Francisco, and did this victory catch you guys off guard?

I'll be completely honest ... the victory caught us completely off guard. The Vikings scored more points in the first half than either I or the two of my co-writers that made predictions thought they'd score the entire game. I think the big key to how they beat the Niners was that they stuck with their commitment to run the football. Most teams seem to be almost afraid to run the ball against San Francisco, and with good reason. But the Vikings handed the ball off 34 times (along with seven credited runs for Christian Ponder). The stat sheet says they averaged 3.6 yards/carry, but if you take off Ponder's 23-yard touchdown dash, you can take about half a yard off that average. They did just enough to keep the San Francisco defense honest, and that opened things up for Ponder to hit the underneath stuff to Kyle Rudolph and Percy Harvin.

2. Christian Ponder has gotten off to an outstanding start this season, completing 70.1 percent of his passes for 713 yards, four touchdowns and zero interceptions. Clearly, his development as a quarterback is moving in the right direction. What has he improved upon in his game from last year to this year?

I think the biggest thing for Ponder this season has been his decision making. He got thrown into the fire in 2011 when the Donovan McNabb experiment went into the tank, with virtually no first-team snaps to go with not having a real training camp or offseason to work with coaches, and it showed. As a rookie, he had a tendency to force some passes, as we saw in the game against Detroit at Ford Field last year. He's just so much more confident in his reads than he was last season. Sure, he's thrown a few bad balls so far, but the bad throws have been limited. Having a bit more confidence in his offensive line probably has something to do with that as well.

3. It doesn't seem like Adrian Peterson has lost a step at all in coming back from the ugly knee injury he suffered last season. Is this the case?

The Vikings have done a pretty good job in bringing Peterson back the way they have, up to giving him 25 carries in last week's game against San Francisco. A lot of his work is being done between the tackles thus far, and it doesn't appear that his power has suffered any. He's maintaining that he still isn't at 100 percent, which I guess isn't completely surprising, but I'm of the mindset that he's only going to get better as the year goes on and he gains more strength and confidence in that knee.

4. The Lions' secondary has had its fair share of struggles. There isn't much depth, and injuries haven't been kind to them, either. Which receivers will Ponder look in the direction of the most on Sunday in Detroit?

Well, Sunday's game will be the first time this season that the Vikings will have Jerome Simpson in the lineup. He had to sit out the first three games of the year after some drug issues in the offseason, and he was developing a pretty decent chemistry with Christian Ponder during the preseason. I'm guessing Simpson will be targeted quite a bit in this one. Obviously, the Lions will have to know where Percy Harvin is all the time, though the Vikings have a ton of different ways of getting him the football. Kyle Rudolph is quickly becoming a go-to guy for Ponder as well, as evidenced by his two touchdown catches against the 49ers. Those are the big three as far as catching the ball for Minnesota.

5. The Vikings have to be one of the biggest surprises in the NFL so far with them on top of the NFC North with a 2-1 record. What is the biggest source of their improvement, and do you think this is a team that will be in contention for a playoff spot as the season progresses?

There are two main reasons for the improvement so far, in my opinion. The first is obviously the play of Christian Ponder, who has really exceeded almost everyone's expectations thus far, which we've already gone over a bit. The second has been the play of the secondary. The Vikings had a historically (and hysterically) bad pass defense in 2011, but through the first three games of this season are sitting at eighth in the NFL against the pass. Granted, we haven't exactly faced any passing juggernauts yet, but considering that even the most pedestrian of offenses shredded the Minnesota secondary on a regular basis last season, the improvement we've seen thus far has been nice.