Despite his modest stat line and limited recognition from pundits around the league, DeAndre Levy's phenomenal season continues to roll.

When I heard that DeAndre Levy earned a modest +1.7 rating by Pro Football Focus, I was a bit confused. Based on what I saw, Levy had another dominant game. So I went to the tape to find out why I thought Levy was killing it, while PFF was not too impressed.

Going through the film, I can see why Levy's great day was overlooked. Much of his contributions came on plays in which he didn't even appear on the stat sheet. After all, Levy was just third in tackles on the team and had none for a loss. But a closer look reveals that Levy's impact went way beyond the stat sheet.

Take, for example, this early play in the game. 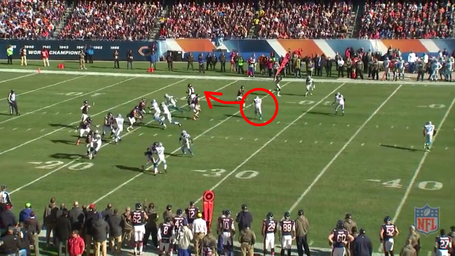 The play is a quick out to tight end Martellus Bennett. As you can already see, Levy is sniffing out the play without even looking at Jay Cutler. His quick recognition allows him to speed past the potential lead blockers, and he meets Bennett a few yards into the backfield. 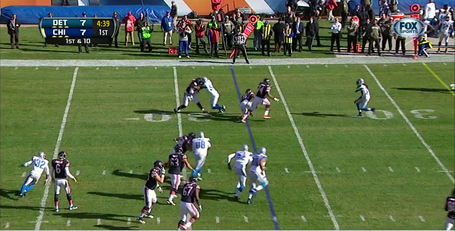 Levy, however, fails to make the tackle on the play. But he has disrupted the play in a big way and given the other defenders time to catch up. Bennett is unable to reach the line of scrimmage before a cavalcade of Detroit Lions brings him down. So while on the stat sheet this is just a missed tackle for Levy, it was his play alone that truly forced the tackle for loss.

On the very next play, Levy, again, made a big play while failing to show up on the stat sheet. The play is an end-around to Alshon Jeffery. 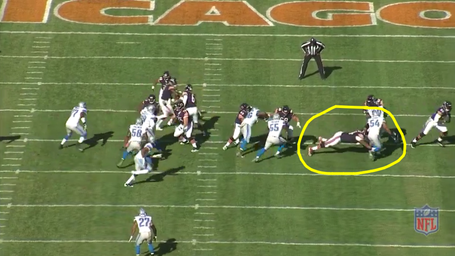 The first thing Levy does is recognize that an offensive lineman is trying to cut block him, and Levy skillfully avoids it. This allows him to get into the backfield and both force Jeffery wide and take away any chance at a cutback lane. 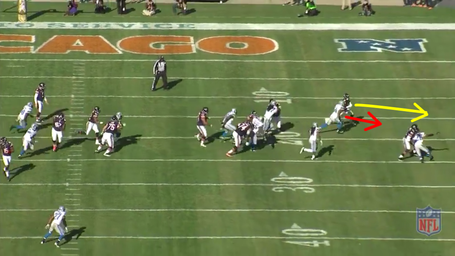 Jeffery is forced to go even wider than the corner on that side of the field and has to step out of bounds before gaining a yard.

But perhaps Levy's most impressive skill is his ability to sniff out a trick play before it happens. On a third down in the red zone, the Chicago Bears tried a sneaky shovel pass, trying to catch the Lions off guard. 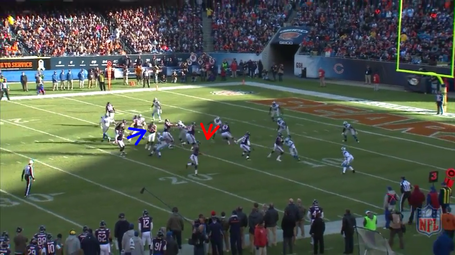 The play catches Ndamukong Suh flat-footed. This leaves the back seven of the defense outnumbered. But Levy sniffs it out and tries to shoot the gap of the lead blockers. 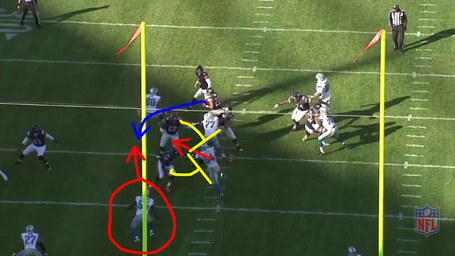 He's unable to squeeze between them, but his effort draws both blockers away from Stephen Tulloch, who also does a good job of recognizing the play. Tulloch has free range to take down the Matt Forte and does so well before the first down line.

So while Levy may not have had a dominant game, I think he had a much better game than most are giving him credit for. He's not only playing better himself, but he's making the players around him better. Chances are his modest statistics will keep him out of the Pro Bowl (though his 5 interceptions are starting to turn heads), but Levy deserves the recognition with his play through 10 weeks.