The Detroit Lions were up late in Pittsburgh, desperately trying to hold on to their lead. However, the Steelers easily drove down the field twice in the fourth quarter thanks to some blunders from Detroit's backups.

It is no surprise that the Detroit Lions' secondary struggled all day against the Pittsburgh Steelers. When the opposing quarterback throws for over 350 yards and 4 touchdowns, that conclusion is pretty obvious. However, it was Ben Roethlisberger's damage in the fourth quarter that really ended the game. In just two fourth quarter drives, Big Ben was 10 for 13 for 109 yards and 2 touchdowns. Detroit's secondary depth (or lack thereof) helped the Steelers retake the lead for good.

After Detroit's failed fake field goal attempt, the Lions had a big opportunity to get the ball back with great field position. They had forced Pittsburgh into a third-and-long, with a chance to hold the Steelers to a three-and-out. But Detroit's secondary blew it. 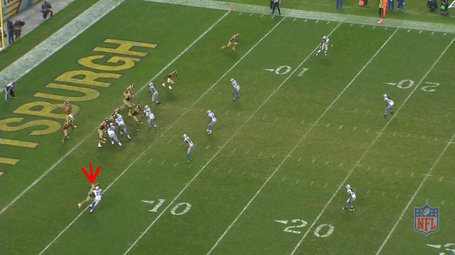 The first key to this play is Chris Houston. He aggressively heads toward Antonio Brown, hoping to jab him and disrupt the timing of the play. Houston misses and only slightly disrupts the route before dropping back into his intermediate zone. If Houston would have jabbed him cleanly, it would have been huge. Just as Roethlisberger throws this ball, Ndamukong Suh is bearing down on him. If Suh had that extra half-second, he might have picked up a safety. 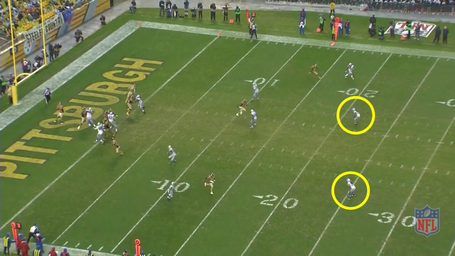 The second problem was DeJon Gomes, who was playing in place of the injured Glover Quin. Gomes, playing cover two zone, drops too deep on this play (see where Louis Delmas is lined up on the other side). And although he recognizes the route quickly and closes in with good speed, that extra yard or two is the difference between getting there a moment too late and tallying a pass defense. 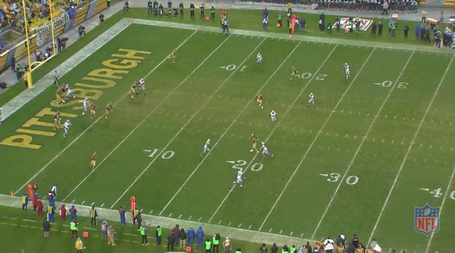 With the possession extended, Pittsburgh continued to methodically drive downfield. This time, they picked on Don Carey, who has been thrust into the nickel cornerback position with Bill Bentley on the mend. 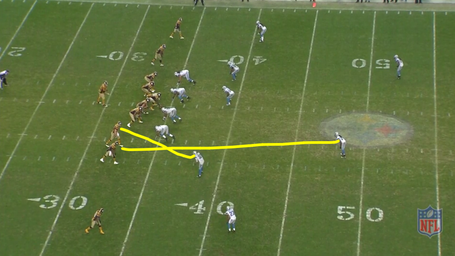 Carey is matched up against Steelers veteran tight end Heath Miller. On this play, Carey is too late to recognize the route, and when he turns his hips to run with Miller, it's already too late. 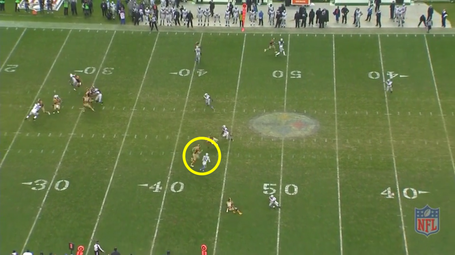 Carey does a good job to take away outside leverage and force Miller toward the center of the field, where he'll have safety help. But at this point Carey is flat-footed, while Miller is charging ahead with all of his momentum. Heath easily blows by Carey and picks up 21 yards.

Finally, on a crucial third-and-6, the Lions needed to force the Steelers into a field goal attempt to keep Pittsburgh's lead within one score. Once again, it was Carey who was victimized. 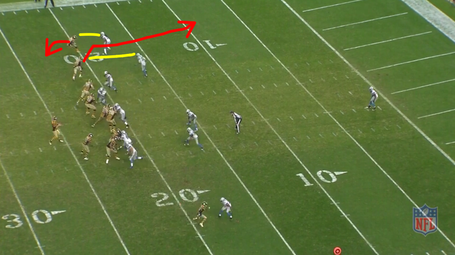 The Steelers cleverly fake a wide receiver screen. The slot receiver pretends to head to Rashean Mathis (top cornerback) to block him, then releases downfield. We can tell from eye contact that Mathis was covering the "screen" target, while Carey had the slot receiver. As the play progresses, both recognize the screen look: 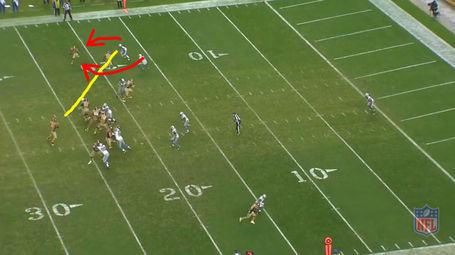 Both players converge on the screen fake, but here's the important part: Mathis keeps his eyes on Roethlisberger. Carey, however, never looks at the quarterback and aggressively tries to stop the screen. Carey never sees that the ball hasn't left Big Ben's hands yet and is oblivious to the fact that his assignment has just blown by him. 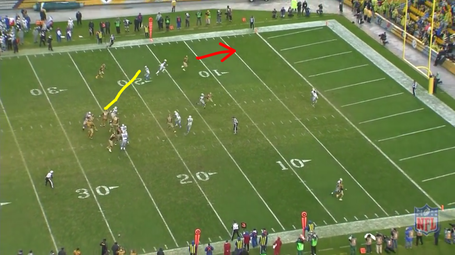 Mathis at least gives himself a chance at a play, if Roethlisberger had wildly underthrown the ball. Carey, however, finally looks to the quarterback, wondering why the ball hadn't been thrown yet, only to see the ball already floating over his head. The ball lands perfectly in the receiver's hands and the Lions find themselves down 10 points with just over two minutes left in the game.

As the final seconds ticked off the clock, it was hard not to think what would have happened with a healthy Bentley and Quin in the game. However, the Lions' secondary issues are more complicated than their depth problems. Delmas, Houston and Quin all made costly mistakes in the first quarter of the game that caused the Lions to play from behind early.

Still, despite those mistakes, the Lions were in a position to win on Sunday. Unfortunately, some poor choices by untested players cost the Lions in crucial situations and played a big part in their defeat in Pittsburgh.