One of the most anticipated matchups between the Detroit Lions and Tampa Bay Buccaneers was the duo of 2010 draft class defensive tackles facing each other. Our film review picks a winner between Ndamukong Suh and Gerald McCoy.

A lot was made of the matchup between Ndamukong Suh and Gerald McCoy. In the week leading up to the game, there was a lot of debate on which 2010 draft class defensive lineman was playing better at this point in his career. Obviously, Suh has all the media attention for all the right and wrong reasons. But since returning from his injury, McCoy has slowly reached Suh's level of dominance on the field.

Looking at the stat line from this game, you may have been disappointed with the outcome of this matchup. Both players managed just 3 total tackles, while neither notched a sack on the day. However, the tape shows that both players had significant contributions on the field... but who was better?

The first quarter was slow for both players. Neither managed to pressure the quarterback nor get a hand on the running back. Larry Warford was doing a solid job keeping McCoy out of the play, as the Detroit Lions mostly ran the ball away from him. On this play, Warford used McCoy's aggressiveness against him: 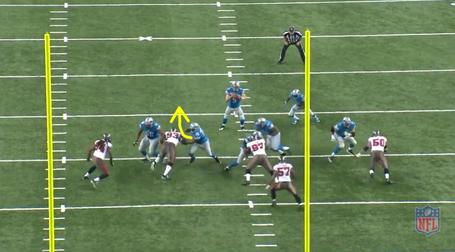 McCoy tries to come barreling down into the backfield, so Warford lets him, swiping him to the side. McCoy expected more resistance and was caught off guard by Warford's technique. McCoy face-plants as Reggie Bush runs right by him.

After struggling early, both players quickly turned things around and started causing havoc. Suh was first on the board. 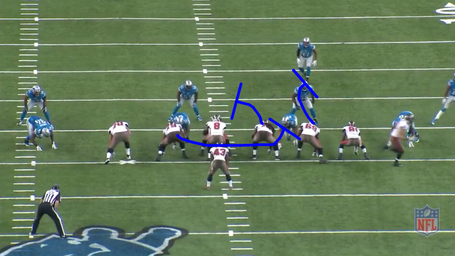 In a somewhat strange play design, the Tampa Bay Buccaneers let Suh roam into the backfield, hoping that the pulling right guard could "wham" him out of the play. Typically on these plays, one of the linemen on the right side tries to at least get a hand on Suh, but not this time. 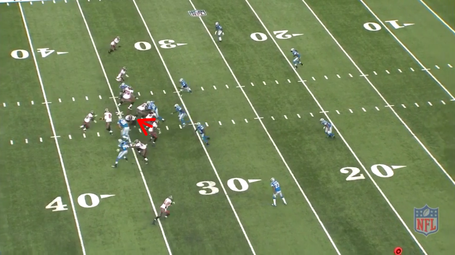 Suh barrels into the backfield and is too quick for the pulling guard. He easily picks up the tackle for loss.

McCoy quickly answered, however, with a few quarterback pressures. 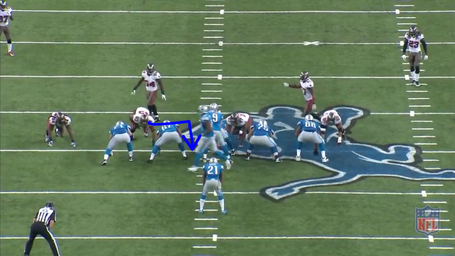 McCoy was especially dangerous with his quick inside move. He beat several double-teams this way: 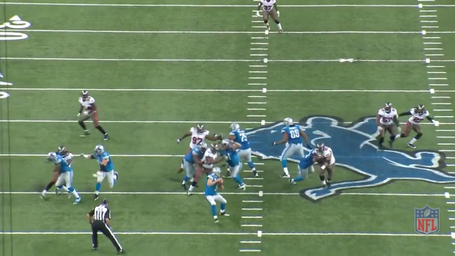 The pressure on this play forces Matthew Stafford out of the pocket before Calvin Johnson broke wide open over the middle on a crossing route. 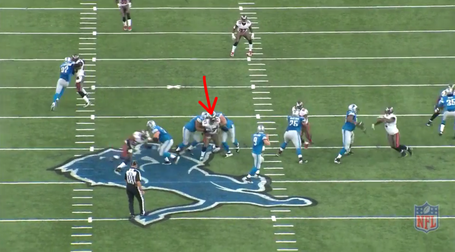 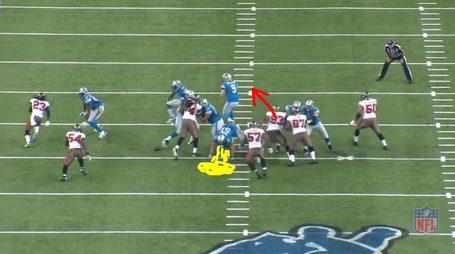 But while McCoy was inducing vomit and eluding linemen, Suh was physically dominating them: 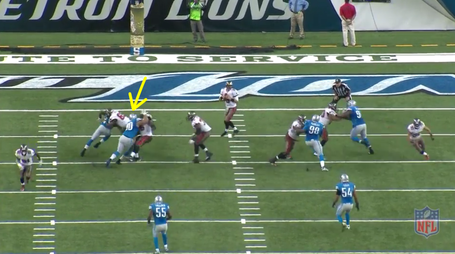 Suh flattens his guy and beats the help of the center on this play, forcing Mike Glennon into a quick, incomplete throw on third down.

But the day mostly belonged to McCoy. 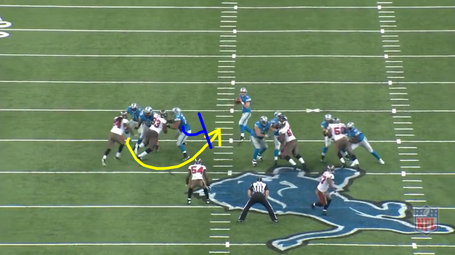 Late in the first half, the Bucs ran a stunt. The defensive end curls in and draws Warford inside. LaAdrian Waddle is too slow to recognize this, while Bush just pushes the defensive end toward his intended stunt inside. This leaves McCoy in the middle of Warford and Waddle. He squeezes between them both and forces a crucial pressure. Why a crucial pressure? Because this is what ended up happening. I suggest not clicking that.

Pro Football Focus agrees with my sentiment, giving McCoy a whopping +8.8 grade to Suh's still impressive +4.1. While I'm not ready to announce McCoy as the clear better player at this point, he certainly had a more dominant performance on Sunday.