He may have been overlooked by the voting committee for the NFC Special Teams Player of the Week award, but today we celebrate Jeremy Ross' magnificent performance in the snow in Philadelphia.

As you may have noticed, I was not very happy that Jeremy Ross was not voted NFC Special Teams Player of the Week. Scoring 2 special teams touchdowns usually makes you a shoe-in for the award. Scoring 2 touchdowns through conditions fit only for the Iditarod races would seemingly guarantee him the reward. Alas, the voting committee thought Phil Dawson was more fit for the award for kicking 2 field goals not much longer than extra points and 2 others in basically perfect weather.

Because I view this as a laughable outrage, and because I want to pretend the rest of the Detroit Lions game didn't really happen, I am going to dissect and celebrate Ross' 2-touchdown day.

Let's start with his punt return, which you can watch and rewatch here. (Before jumping into these pictures, you may want to adjust the brightness of your monitor to compensate for the blinding snow.) 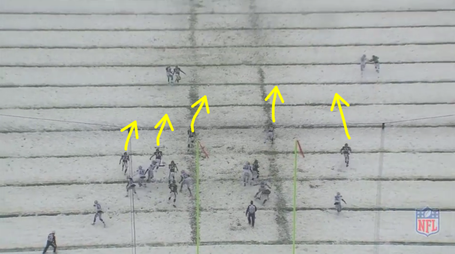 The first thing to notice is that the Lions went heavy on the punt block. This left a ton of Philadelphia Eagles players free downfield with only the gunners available to block for Ross. 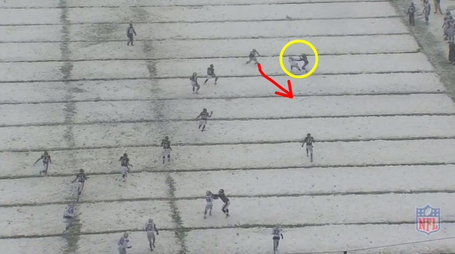 Ross picks up a key block from one of those gunners, Kevin Ogletree, who essentially blocks out the Eagles defender like a basketball player trying to procure a rebound. Ross quickly notices this and runs that way, rendering the other gunner hopeless.

Ross then makes a great move on the next two defenders, evading them by heading toward the sideline. 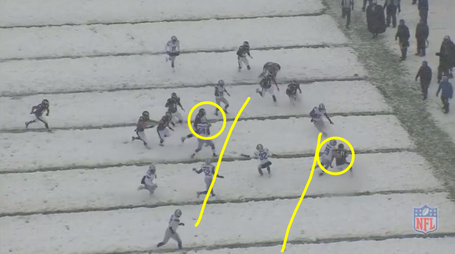 At this point, the Lions special teamers are scrambling to get back into the play, and Ross picks up two key blocks from the recovering players. First, Tahir Whitehead seals the inside of the field by smacking the closest, unsuspecting defender. Then, Ross picks up a huge block from special teams ace John Wendling, who does his absolute best to avoid blocking his man in the back. This leaves a huge lane for Ross to cut back and easily score.

Let's move now to the kickoff return, which you can view with multiple replays here.

The key to this play was just flooding the middle of the field with blockers: 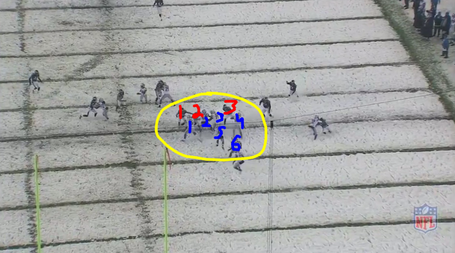 The Lions start out with a huge advantage, sending six guys in the middle of the field to block only three Eagles players. Despite the clear man-advantage, it wasn't obvious that this play was going to work right away. 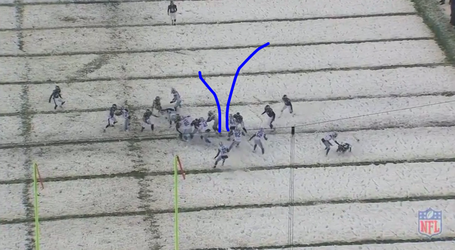 There isn't much of a hole there, but we see this is the exact moment that Ross recognizes the potential of his play. He makes his cut toward the hole, and three key blocks sprung him. 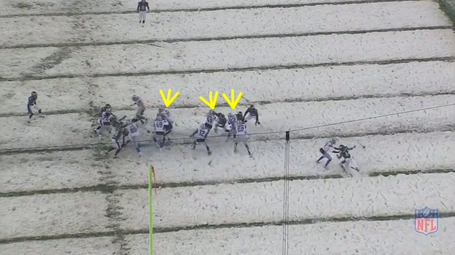 Israel Idonije uses his huge body to seal the hole from the left side. Meanwhile, Theo Riddick gets great positioning on his guy and seals the hole from the other side. Dorin Dickerson also throws an important block, preventing his man from catching Ross after hitting the hole. As you can see, Ross now has a clear lane, and he just uses his speed to blow by the kicker.

There was one more key to this play. Where is the second wave of defenders? Why did the Lions just have to overpower three or four men to break this play open? 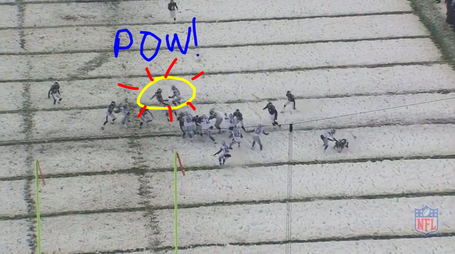 Wendling destroys his guy and any hope for the Eagles to make a play from the backside of the field. You can get a pretty good look at this in the last replay on the video above.

Overall, the combination of Ross' athleticism and patience with solid special teams players like Wendling and Whitehead has catapulted the Lions' special teams into a real threat for the first time in years. Though it wasn't enough to take down the Eagles on Sunday, it could be a major factor going into the final three games of the season.