It's time to take a look at how the Detroit Lions' 2013 rookie class has progressed throughout the season.

When we last checked in on the Detroit Lions rookies, they had just completed their first professional football game. Ziggy Ansah showed promise, Larry Warford foreshadowed his dominance, Darius Slay struggled and Joseph Fauria danced. We're now three-quarters of the way through their inaugural season, so let's check in to see how they've progressed.

Warford is continuing his dominance and is proving to be the Lions' best draft pick in 2013. He's been solid in pass coverage, but his brilliance really comes through in the running game. 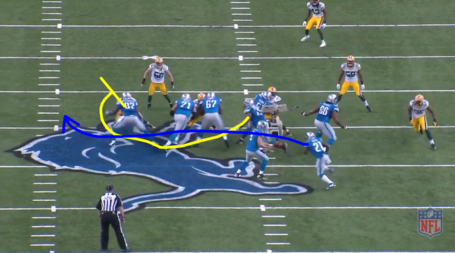 The Lions really enjoy using Warford all over the field. On this play, they have Warford pulling to the left side of the field as Reggie Bush's lead blocker. 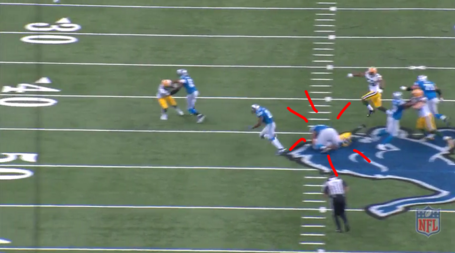 *SQUASH* Warford flattens his man, giving Bush the edge, and Reggie picks up an easy 12 yards. This is commonplace for Warford, who has been the Lions' best lineman this year.

Next to Warford sits Waddle, the Lions' undrafted rookie right tackle. Waddle was pushed into the right tackle position after injuries to Jason Fox and Corey Hilliard left the Lions with little choice. To Waddle's credit, he's kept the job even after the Lions got healthy.

Waddle has been much better than expected in game situations. Although I thought he struggled against Tampa Bay, Waddle had a solid game against the Green Bay Packers. 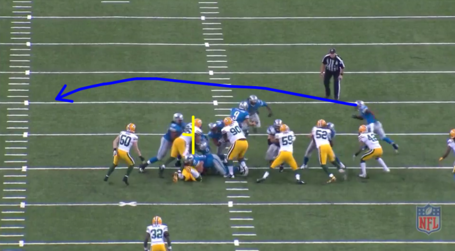 Waddle sets the edge by smothering the Packers' defensive end. The linebacker (No. 50) is left unblocked by design, hoping that he'll bite on the inside draw. 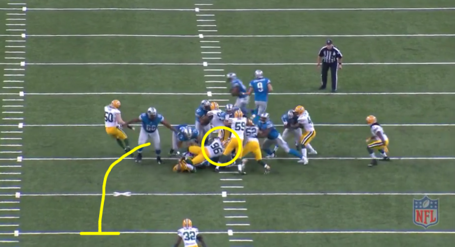 After Waddle sends his guy to the ground, he hustles downfield to help break the play wide open. Though he misses on the block, he disrupts the defender enough for Ross to slip by him.

Where Waddle continues to struggle is his pass blocking. 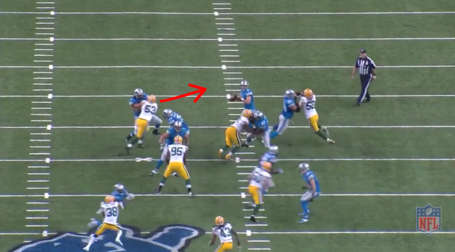 Lined up one on one with a linebacker, Waddle is driven steadily backward. Eventually, the linebacker slips by him and pressures Matthew Stafford. Luckily the ball gets out in time, but he may not be so lucky next time.

Through five weeks, Ansah already had 3 sacks and a couple others that were wiped out due to a penalty. However, I remained skeptical. Many of his sacks were the result of good coverage or quarterbacks scrambling into his lap. Since he has returned from an ankle injury, he has been surprisingly dominant. SB Nation writer Stephen White did a great detailing of his improvements, but let me show you in pictures:

Using pure strength, he folds the left tackle backward into an uncomfortable-looking position. After making the lineman vulnerable, he slips by him, gets held a little bit and -- best of all -- he goes for the strip sack. By locking Matt Flynn's arm, Ziggy forces the ball loose. Luckily for the Packers, the ball hops into Flynn's other hand, but the opponent won't always be so fortunate.

This was a common theme all day. Ansah, who had tried to excel using his speed early in the season, physically dominated Green Bay on Thursday.

Perhaps the most disappointing rookie through 12 weeks, Slay rebounded in a huge way on Thanksgiving. He finished the game with 3 passes defended and 2 tackles, including one on third down short of the sticks. His best play of the day came on a deep pass in which he was alone on an island. 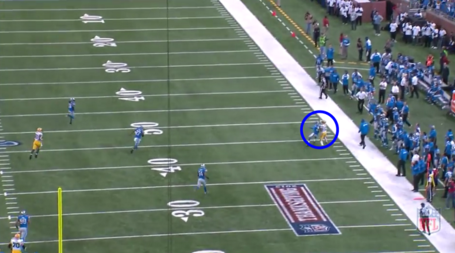 Slay is in perfect position as the ball comes his way. Notice how he is leaning back into the receiver, forcing him toward the sideline. Even if the receiver were to somehow get his hands on the ball, he's unlikely to land inbounds because of this savvy move from Slay. That doesn't end up mattering, however, as Slay just swats the ball away.

This was the most promising performance by any Lions cornerback in a long time. And given how much Slay was struggling, it was a pleasant surprise to see him go out there and dominate.

Perhaps the Lions' quietest draft pick, Taylor has started to emerge as excellent pass-rush depth. The fourth-round draft pick was mostly unnoticeable in the shadow of Ansah, but Taylor had his breakout game against the Packers. He had 2 sacks, including a forced fumble. 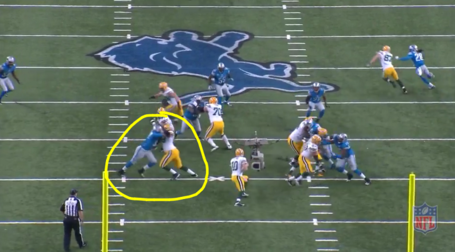 On the forced fumble, Taylor used a bull rush to get his lineman off balance. He finished the Packers off with a precision ball-swipe. The jury is still out with Taylor as he continues to get more snaps, but as a rotational guy, he's proven to be more than adequate. 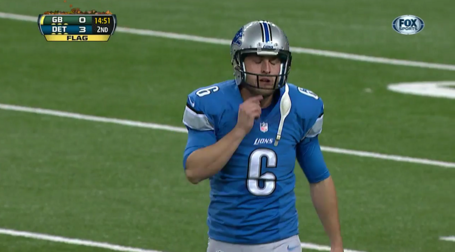 Umm, check back next week.