The Detroit Lions will have a new man in the secondary in 2013 with their addition of Glover Quin. Let's take a look at what exactly the Lions have in him.

The Detroit Lions addressed one of their biggest offseason needs with the addition of safety Glover Quin. Formerly with the Houston Texans, Quin has a ton of experience in his four years in the NFL. In fact, since he entered the league, he has started all but four games, three of which were his first games in the league. However, it's hard to gather how successful Quin has been just from his statistics. He only has 5 career interceptions (3 in one game), but he also has 48 passes defended in just 60 career starts. So instead of basing his performance on some numbers, let's look at some tape.

I watched about three games from last season, and the thing that jumped out was how often the Texans used Quin in the box. Almost any time the offense went into a three-wide set, Quin left the traditional safety position and dropped down into a nickel or dime corner position. There, he was typically lined up against a tight end, slot receiver or running back. 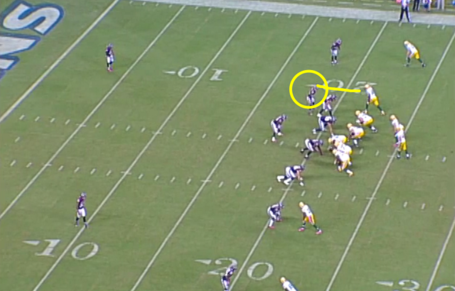 Here we can see Quin lined up, not as a safety, but as an additional corner opposite Jermichael Finley. Quin is in man coverage, something he is clearly very comfortable with. As the play develops, Quin displays excellent footwork and altogether perfect coverage. 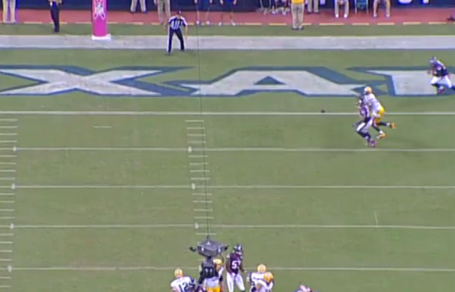 Quin is just where he needs to be, and he turns his head to find the ball. He is a little late to find the ball and doesn't connect on the interception, but his perfect positioning makes for an easy pass breakup. 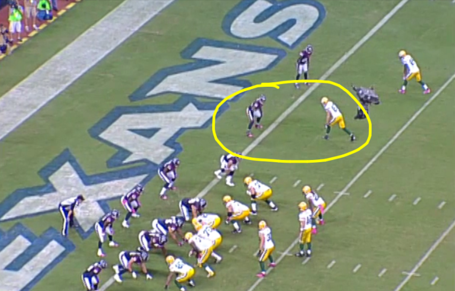 This time one-on-one against Jordy Nelson, Quin again is lined up as an additional corner. 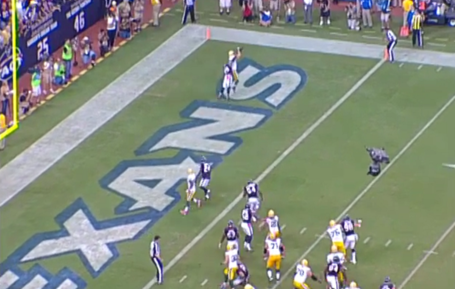 Though initially letting Nelson get a step on him, Quin quickly closes on him and gets a hand on the pass. Unfortunately, Nelson makes a fantastic grab on a perfectly placed pass, but Quin couldn't have played the pass much better ... and look at those ups!

Being a consistent man in the box, the Texans also sent Quin on blitzes fairly often. Though he only met moderate success doing so (1 career sack), it is another element of his game that the Lions may utilize. 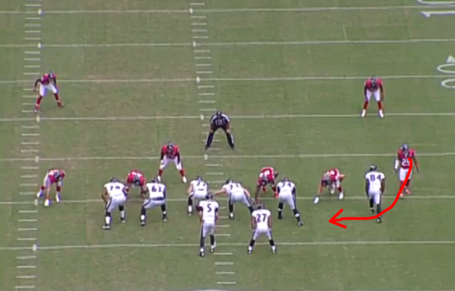 Quin is right up on the line of scrimmage pre-snap. He is trying to confuse the offense by toggling between blitzing and coverage looks. But as soon as the ball is snapped, he shoots downfield. 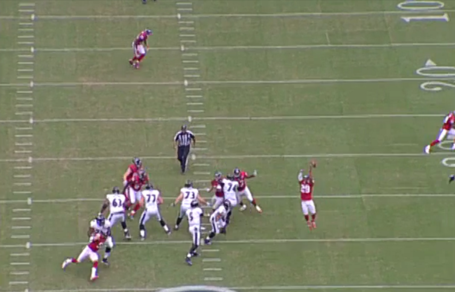 Joe Flacco releases the ball quickly, giving Quin little time to force any pressure. However, Quin shows great awareness and athleticism, deflecting the ball and causing it to fall harmlessly to the ground.

Quin, overall, is a versatile athlete in a shallow secondary. His biggest challenge will be to adjust to a more traditional safety role. Though Louis Delmas liked to drop in the box as well, he never really was used in the way the Texans used Quin.

But, to be fair, Quin's man coverage didn't always go as well as the plays that I outlined above.

Ugliness aside, Quin is a (mostly) dependable coverage man. His ability to play both man coverage and deep zone as a safety will give Lions coaches plenty of options. The Lions could still use another player to play as a more traditional free safety, but overall this is a solid move to improve a weak secondary.

• Recap of the Lions' crazy Wednesday