The Detroit Lions, desperately thin on defensive linemen, signed former Seattle Seahawk Jason Jones to a three-year deal last week. Jones is a versatile player who bounced around positions during his time with both Seattle and Tennessee. According to Pro Football Focus, his strength is on the inside, but Jim Schwartz has announced he primarily wants to use Jones as a defensive end.

Is this a mistake? Will Jones fight for a starting job? What exactly are the Lions getting in Jones? I went to the tape to find some answers.

Indeed, it did look like Jones excelled most as an interior pass rusher, but that doesn't mean he has no value on the outside. Contrary to common belief, the Titans did not use Jones solely as a defensive tackle. They moved him to the end position quite frequently (though not as frequently as the Seahawks did). 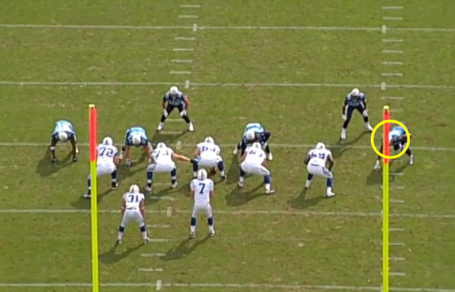 Jones doesn't have the speed move that the Lions seem to look for, but, instead, uses his strength and physicality to elude offensive linemen. 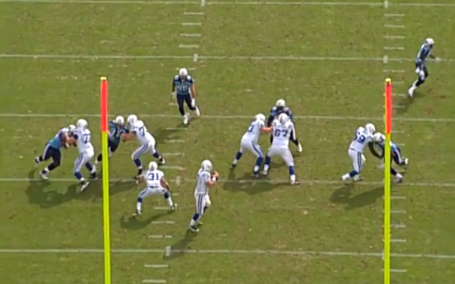 Interlocked with the right tackle, Jones uses his hands to swipe away from him and come bearing down on the quarterback. 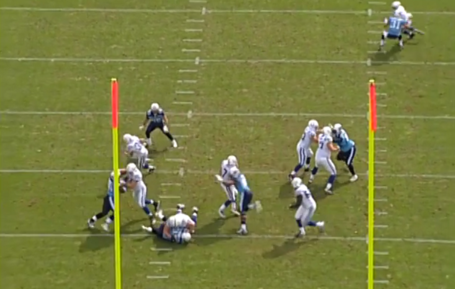 Jones neatly wraps up the quarterback and finishes the sack, leaving the poor right tackle to watch the carnage.

Jones' physicality will also give the Lions a big boost in run defense, as he proved last year with the Seahawks. 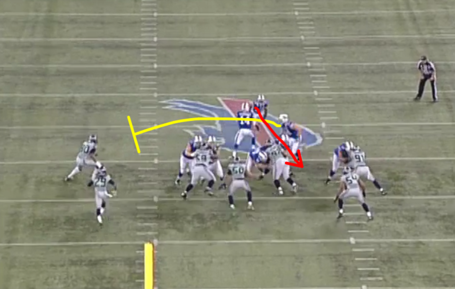 Again lined up at left defensive end, Jones has a tough task on this play. The run is designed away from Jones, and a pulling tight end is heading his way to keep him out of the play. Jones quickly recognizes the play, puts his head down and tries to run through the tight end. 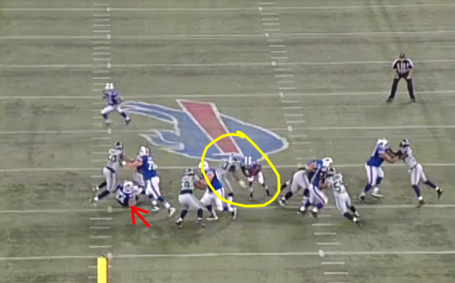 Jones completely eludes the blocker and makes the tackle right at the line of scrimmage. The tight end is left flat on his back, wondering how he got there. Fantastic play from Jones.

But what stuck out very clearly in Jones' tape was his endless hustle. Countless times Jones was fighting his way through double teams, hustling to the other side of the field or even tracking down receivers and backs from behind. The man clearly plays with high intensity and an insatiable hunger for the ball. It is his biggest strength. 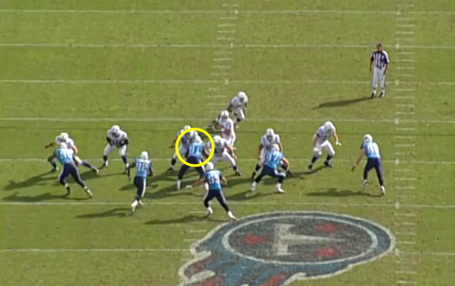 Take this play, for example. Jones is lined up at defensive tackle, and the play is an inside slant. Jones' responsibility is to rush the passer, but he's facing a double team. He doesn't make much progress getting to the quarterback, but he doesn't give up on the play. 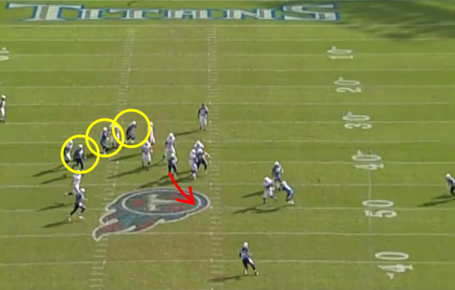 As the receiver makes the catch, we can see most of the defensive linemen turn their head and half-heartedly jog downfield without any real interest in catching him. But Jones is full-on sprinting and manages to make the tackle, preventing a huge play downfield.

Because I know you all get sick of staring at fuzzy stills, I have compiled some moving pictures to whet your appetite. For viewing purposes, Jones was No. 90 in Seattle and No. 91 in Tennessee.

First, watch as Jones makes a nasty move inside, then refuses to give up and completes the sack on Ben Roethlisberger.

Next, see Jones' resiliency pay off in the form of a forced fumble.

And I've saved the best for last:

While Jones may not have the athleticism that Cliff Avril has, he is a versatile player who will see the field often next year. Even though the Lions seem set on making him a defensive end, I fully expect to see Jones all over the field in 2013. His strong desire will make for a good presence in the locker room and a model of hustle on the field. It may not be the big defensive line addition that many (including myself) were looking for, but Jones was a nice find by the Lions front office to supplement their current roster.