Our film review of potential free-agent targets for the Detroit Lions continues with the defensive end position.

Going into the 2013 offseason, it became clear very early that defensive end was a huge need for the Detroit Lions, perhaps their biggest. Cliff Avril is looking more and more likely to find a lucrative contract elsewhere, and Kyle Vanden Bosch has already been given his pink slip. While drafting a defensive end is a very real possibility at the No. 5 overall pick, the Lions also have some interesting free agency options.

In a league starved for elite pass rushers, Bennett is the belle of the free agency ball, and for good reason. I took a look at his Week 3 performance against the Dallas Cowboys (admittedly, his best game of the season), and he was absolutely dominant.

Bennett has the classic quick outside move, but what really impressed me was his bull rush and overall strength. On this running play, Bennett used his pure strength to tally the tackle for loss. 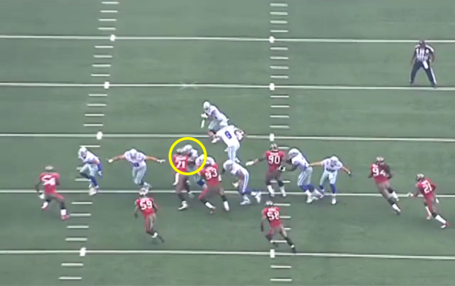 Bennett immediately bull rushes the offensive guard and quickly finds himself in the backfield. 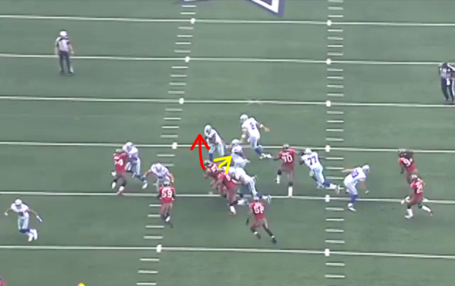 With the lineman well out of his way, Bennett is easily able to track down the running back behind the line of scrimmage.

But his strength doesn't stop with run defending. Just look at what he did to Jason Witten: 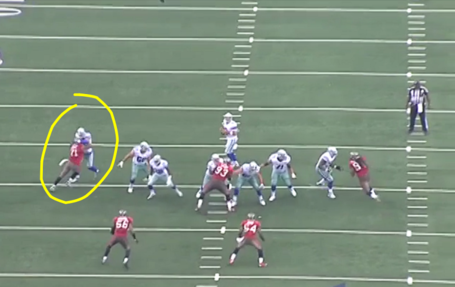 Bennett actually has Witten airborne as he takes full advantage of the mismatch. This play ends with Bennett laying a crushing hit on Tony Romo, forcing a fumble.

Overall, Bennett is pretty much the full package and a perfect fit for the Lions. But he will come at a big price. The Lions defense is centered on its defensive line, and a good pass rush can cover up some deficiencies on the back end. I don't think it's out of the question that the Lions will try and make a run at Bennett, but it's tough seeing them coming out winners in a bidding war. Still, a man can dream.

Once the most feared defensive end in the game, Freeney's statistics took a big dive last year when the Indianapolis Colts moved to a 3-4 defense. Freeney only managed 5 sacks last year after totaling 42.5 sacks in the previous four seasons. At 33, Freeney wouldn't provide a long-term solution, but could his career be revived in Detroit, where the wide-nine system perfectly fits his skill set? I went to the tape to see if he still has it.

The verdict? Yes and no. Yes, Freeney still has the speed and agility to turn around even the best of offensive tackles, but it is also clear he cannot do it with the same consistency of the past.

In his game against Buffalo last season, he failed to tally a sack or a tackle, but flashes of old Freeney were still there. 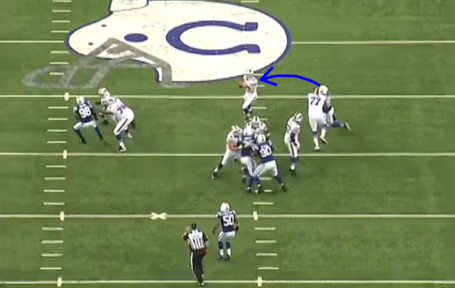 On this play, Freeney just used his speed to beat the left tackle to the outside. His pressure forced an inaccurate throw that was intercepted (and subsequently fumbled). Similarly, his famous spin move is still alive and well. 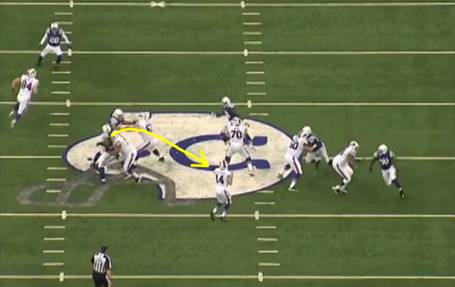 After faking a run to the outside, Freeney spun toward the inside, putting the tackle off balance and getting a free shot at the quarterback. Again, he forced a quick throw.

But, at times, Freeney's age showed. On a simple play, Freeney was lined up opposite a tight end and had absolutely no success in shaking him. 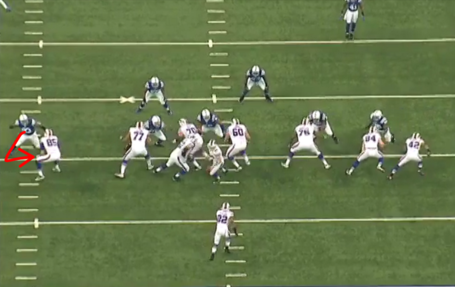 Freeney initially fakes to the outside, then tries to break back inside. But his agility is no match for the tight end and he's forced to try and beat him to the outside once again: 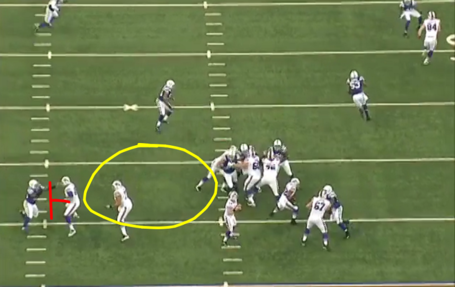 A few seconds after the snap, Freeney finds himself in no better position. In fact, the tight end has played him perfectly and opened up a huge lane for the quarterback to step into. The tight end has offensive line help, but he doesn't even need it to take Freeney out of the equation.

Nonetheless, Freeney would be a semi-cheap, stop-gap option for the Lions in free agency. While he won't likely ever reach the level of a perpetual 10-sacks-a-season end, he would definitely be an upgrade over 2012 Vanden Bosch. He's still worth kicking the tires on, especially if you can get him at a discounted rate.

If the Lions decide that they don't want to get involved in a bidding war for Bennett and don't see much left in Freeney, Barnes may provide a cheap, interesting option. Barnes is a speedy edge rusher who previously played as a 3-4 OLB with the San Diego Chargers. However, his speed and agility could prove useful, especially given that the Lions seem to desire pass rushing skills above all else in their defensive ends.

Barnes exploded onto the scene with an 11-sack season in 2011. However, delegated to a backup role last year, he only managed 3 sacks and 7 tackles. Because of this, he'll come cheap, but Pro Football Focus still lists him as a top-10 pass rusher in this free agency market.

On film, Barnes' speed was easy to spot: 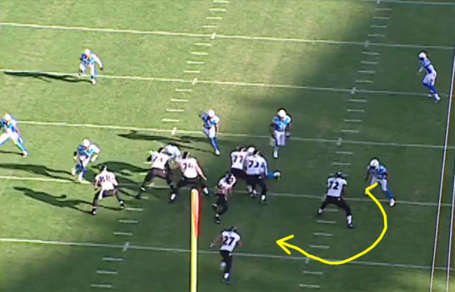 After a slight hesitation, trying to throw the tackle off, Barnes turned on the jets and simply ran right around the offensive lineman. 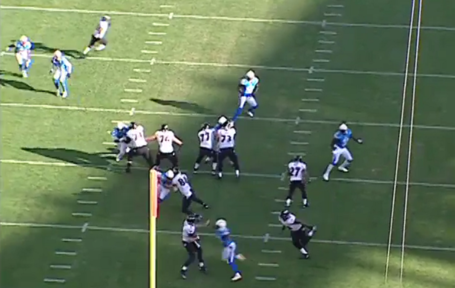 Even Joe Flacco's "Oh please, don't hurt me" posture isn't enough to stop Barnes, who easily picks up the sack.

But a guy like Barnes represents only potential. He has very little experience as a starter (five games), and half of his career sacks came solely from the 2011 season. His situation reminds me a lot of Willie Young; very good as a situational player, but may not be able to make that jump into a full-time starter.

Overall, I think the Lions have three options: draft a top-tier defensive end this year and possibly supplement him with an aging veteran (if not Freeney, possibly Osi Umenyiora), take a run at Bennett or be satisfied with Avril and make him a fair offer. Finding a cheap option isn't likely to bear any fruit and doesn't seem like a smart move considering they already have players like Young and Lawrence Jackson who could easily be re-signed.