Our free agency preview continues with one of the Detroit Lions' most pressing needs for a few years running: safety.

Safety has been a position of turmoil for the Detroit Lions for quite some time. Injuries and inconsistent play have left the Lions without two clear starting safeties. With Louis Delmas (unrestricted) and Amari Spievey (restricted) both set to become free agents, the situation only becomes cloudier for the 2013 season. Free agency gives the Lions a few options to upgrade the position. A few candidates have caught my eye.

Landry very much resembles a Delmas-like playing style. He's very aggressive, speedy and solid against the run. His speed allows him to take a few more chances than many safeties, but it also tends to get him into trouble. Overall, however, Landry would easily become the Lions' best safety if they snagged him in the offseason. 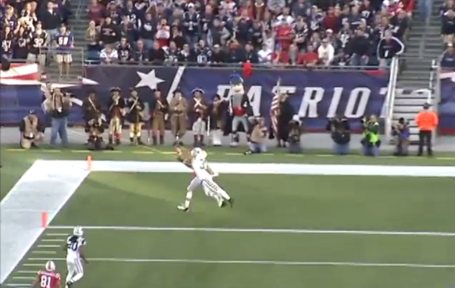 Here Landry is in man coverage against Rob Gronkowski. As you can see, he is absolutely smothering him in perfect coverage. For a second, let's ignore the fact that the ball was thrown perfectly and Gronk made a fantastic grab. There was literally nothing more Landry could do on this play.

As mentioned earlier, Landry is also dependable in run coverage. 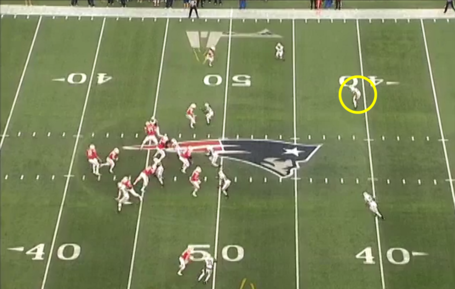 Landry is in deep coverage to begin the play, and when the running back gets the ball, Landry is nearly 20 yards away from him. But Landry makes up ground and makes it up quickly. 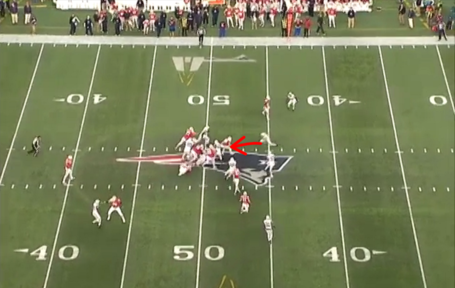 Landry comes flying in "Da Missile" style and makes the stop for merely a 6-yard gain.

The biggest problem with Landry is his price tag. He reportedly wants at least $6 million a year, which would put him among the top five paid safeties in the entire league. He would be the biggest upgrade for the Lions at the position but would require a serious amount of commitment that I'm not sure they can afford.

Clemons represents a slightly cheaper option for the Lions, but he is still a starter-quality player. Clemons would have to adjust his style of a play a little if he donned the Honolulu blue. In Miami, he often played as the one high safety and rarely came into the box for run support. His style is very conservative, but he is fairly dependable in pass coverage.

As for his run coverage, Clemons is a bit of a mixed bag. Pro Football Focus ranked him sixth in tackling efficiency among safeties, but in the game I watched (vs. the New England Patriots), Clemons had some trouble tackling. 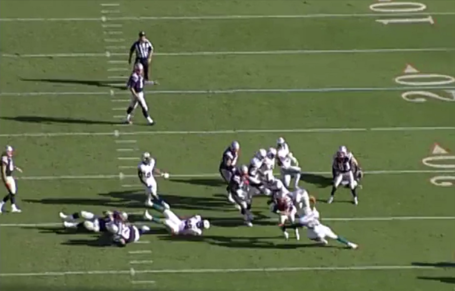 Here is Clemons with a one-on-one chance to take down a back in the open field. Clemons barely gets a hand on him, and while it is barely enough to take down the ball-carrier, Clemons nearly allowed an 8-10 yard gain turn into a 30-40 yard play.

Overall, however, I think it's fair to say that while run support isn't Clemons' strength, it doesn't appear to be a huge weakness, either.

Clemons is a young option (27), and while he isn't exactly a top-tier player, he would be a dependable starter.

If you're looking for a starter in free agency who will come at a discounted price, Crocker is your man. As the Cincinnati Bengals struggled early in the season trying to find a starting safety, Crocker quickly emerged as their most dependable option. He isn't the flashiest of players like Landry or your Ed Reeds and Charles Woodsons, but he is very reliable in coverage. 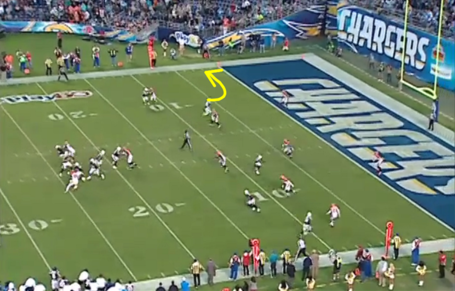 As San Diego was driving late, hoping to tie up the game, Crocker came up big. Playing two-deep zone, Crocker had to make up a lot of ground to catch the receiver at the top of the screen. 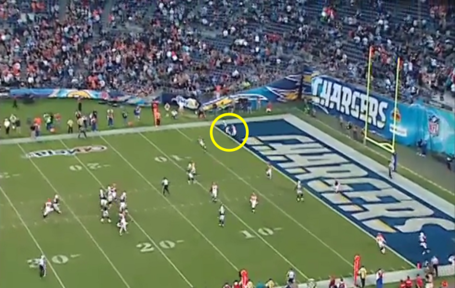 Crocker recognizes the route, and while it's hard to see from the still, he breaks quickly enough to force a wide throw and the ball falls harmlessly incomplete.

But Crocker can do more than just force inaccurate passes, as he still has some impressive athleticism. 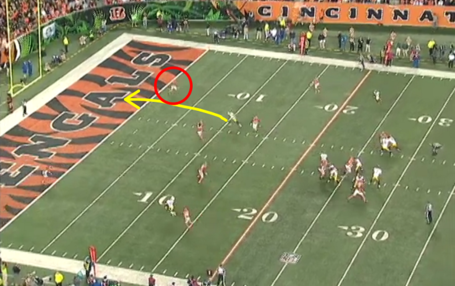 Again, playing two-deep zone, Crocker, this time, must disrupt a seem route up the middle. As he is currently on the outside of the route, it will take quick recognition and speed to make an impact. Crocker plays it beautifully. 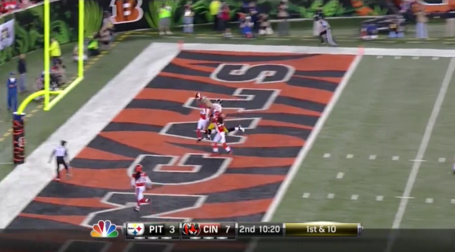 Crocker makes it to the ball just in time, leaps up and rips it from the tight end, picking up a huge interception.

Perhaps Crocker's biggest downfall is his age. At 33 (happy birthday, Saturday!), he won't have many years ahead of him. But a one or two-year contract would be a mutually beneficial relationship for the Lions and Crocker.

The best-case scenario for the Lions would be to re-sign Delmas and pick up a guy like Crocker. Other options are just too costly or too risky.