For my 2013 NFL mock draft, I literally picked names out of a hat. Here are the results.

Share All sharing options for: 2013 NFL mock draft: In which I pick names out of a hat

Rather than put any actual thought into my 2013 NFL mock draft, I took a different route by literally picking names out of a hat. I call this the Matt Millen system of making picks in honor of the complete randomness of it. I simply printed out rankings for the 2013 NFL Draft, cut up the names and threw them into a hat. No joke: 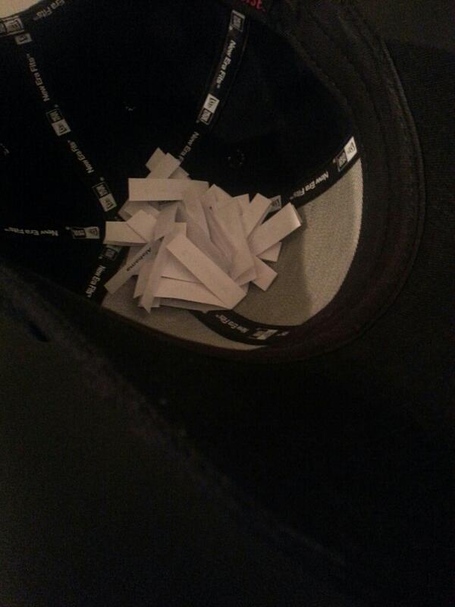 What I ended up with was a very, well, interesting collection of picks. I will be very interested to see if any end up being correct on Thursday night when the first round is held. It's a given the Lions' pick won't be correct on account of it being a quarterback, but hey, that's the kind of stuff that happens when you pick names out of a hat. Here are the full results: