A film study of Israel Idonije and his performance against the 2012 Detroit Lions reveals more about his play and how the Lions will use him.

Share All sharing options for: Video review: How Israel Idonije excelled against Lions

Earlier on Wednesday, Sean looked at how Israel Idonije fared against the Detroit Lions over the years. Last year, specifically, it appears Idonije had his way with the Lions, racking up 2.0 sacks, a forced fumble and 6 tackles. That got me thinking. Given all we know about the Detroit offensive line, we can use the film to see what Idonije excels at, where he exploited the Lions' weaknesses and how the Lions can use Idonije in the future.

In Week 17, however, Idonije's role was drastically different. He was no longer a starter and, more surprisingly, all of his defensive snaps were at defensive tackle. His role was also moderately reduced in the second matchup, playing in only 56 percent of the defensive snaps compared to 68 percent in Week 7.

The common thread between the two games was Idonije's success on the interior of the line. Early in the first matchup, Idonije struggled on the outside. Detroit challenged him by doubling him on the outside, often using a tight end or running back to "chip" him before giving him up to the tackle. 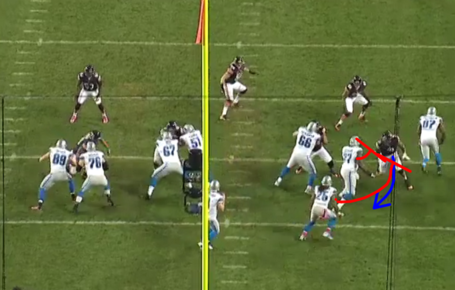 Here the Lions are using the services of Mikel Leshoure to help out Gosder Cherilus (who held his own all game against Idonije). Leshoure's duty is to make sure Idonije doesn't beat Cherilus to the outside and slow him down. The best way to do that is to aim for Idonije's outside (left) shoulder. 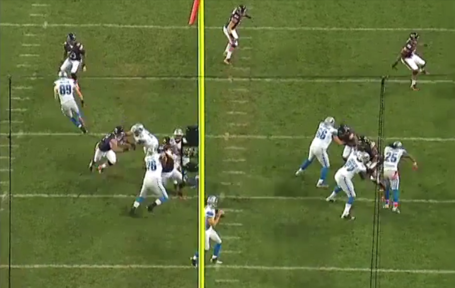 Leshoure succeeds and forces Idonije into the waiting arms of Cherilus. That gives Matthew Stafford plenty of space to make a good throw.

What was impressive about Idonije was his ability to adjust during the game. After the Lions used this method often in the first quarter, they started leaving Cherilus alone on the edge. This continued to work throughout the first half. However, Idonije quickly found a way to disrupt the game: use an impressive inside move. 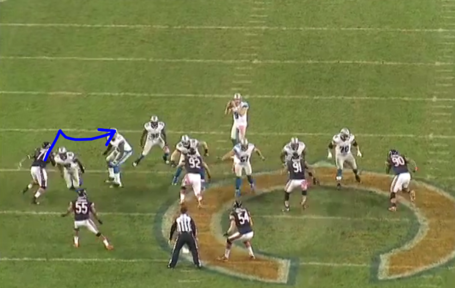 With Brandon Pettigrew no longer chipping, Cherilus is left by himself to handle Israel. Idonije starts by sprinting downfield, looking like he's trying to round the corner. However, he quickly cuts inside and gets Cherilus off balance. 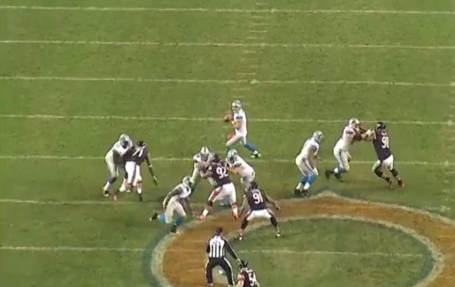 With inside leverage on Gosder, Idonije is barreling down on Stafford, forcing him into a quick decision. Stafford eventually gets the pass off, but Idonije gets a hand in his face and forces a checkdown. In this game, he would do this a few more times, often forcing Stafford out of the pocket.

The one sack he got in this game was from a rare snap at defensive tackle. Again, he used an inside move to split two linemen. You can watch that play here.

Israel's adjustment was clear: speed wasn't working, brute force was. His eventual move to defensive tackle was a no-brainer.

In the final week of the season, Idonije's role as a defensive tackle was clear and, though he wasn't dominant, he was still an important part to the Bears' success.

Early in the game, Idonije made a huge play and showed some impressive strength. Watch the carnage here. 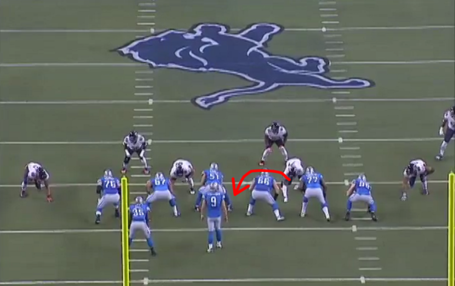 Again, Idonije uses his inside move as momentum to bully his way through the line. This time, he tries to split Dominic Raiola and Stephen Peterman. 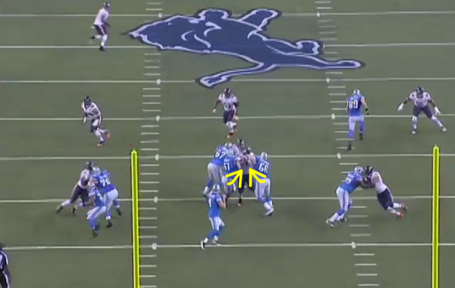 At first, it appears Dom and Stephen have done a good enough job to keep Idonije at bay. However ... 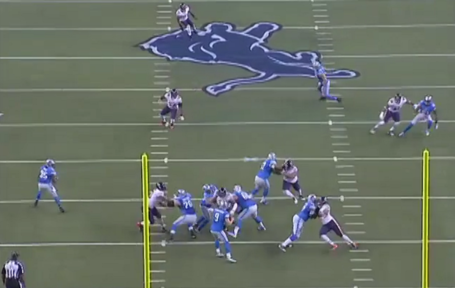 Idonije has built up enough speed and has enough strength to force his way through. He finishes by swiping the ball out of Stafford's hand, and his teammate falls on it. Four plays later, the Bears extend their lead to 17-3.

In the run game, Idonije faced multiple double teams at defensive tackle. This resulted in only one other tackle all game and not a lot of neat plays to break down. But take my word, Idonije was not getting pushed around. He held his ground against double teams, rarely ceding any holes and often freeing up other defensemen to make plays.

It is clear that Idonije is much more capable at defensive tackle at this point in his career. He showed it is possible for him to succeed on the edge, but his skill set is much more aligned with a common defensive tackle. This further burgeons my theory that Israel may begin the season at defensive end (while Ziggy Ansah learns the ropes), but he won't stay there.