This week our film review peers in on three Detroit Lions rookies and the first NFL game of their careers.

The Detroit Lions drafted this year with a purpose: get immediate production from as many picks as possible. Darius Slay, Larry Warford and Ziggy Ansah all managed to make their way into the lineup on Sunday against the Minnesota Vikings. How is their outlook for the rest of the season? Let's look and see what they showed us in their first career game.

Warford got the most playing time of all the rookies, and he was easily the most impressive. The Lions had Warford moving all around the line and he met nearly every challenge he was given. 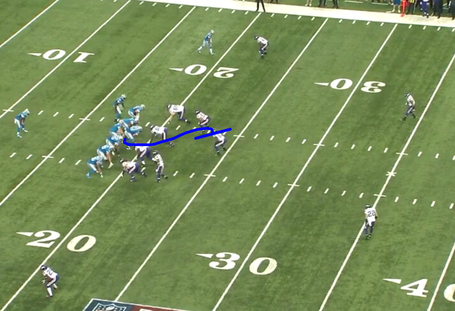 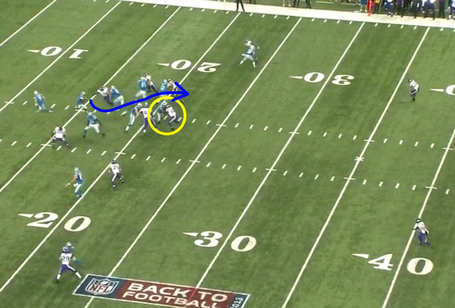 Warford gets to exactly where he needs to be and holds his block long enough for Reggie Bush to find some space and turn out 10+ yards.

The Lions used Warford in the exact same way in the short pass game. 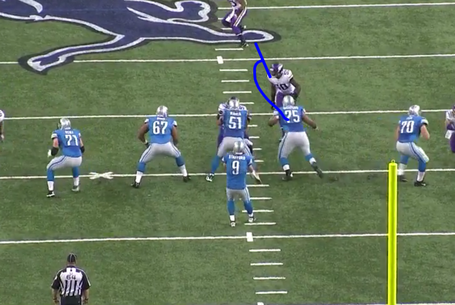 Against just a three-man front, Warford immediately heads to the second level on this middle-screen to Bush. Again, he has to get on the linebacker's right shoulder to keep him at bay. 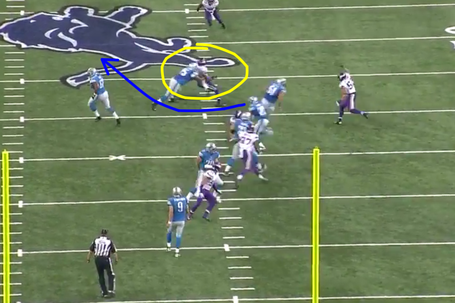 Again, Warford does his job to perfection and gives Bush all sorts of open field to run in. However, there was one problem. Warford was illegally downfield on this play. It wasn't called, but because Warford did not engage with any linemen initially, he is not allowed to go beyond one yard past the line of scrimmage before the ball was thrown. This screengrab clearly shows him 4-5 yards downfield before the pass was made. He was lucky not to draw a flag.

Warford was also nearly flawless in pass protection, only allowing one pressure by my account. So far, he has been the Lions' best draft pick of 2013.

Slay, on the other hand, struggled in his debut. Slay didn't finish the game after getting pulled in the third quarter for Rashean Mathis. Why was he pulled? His final play shows us why: 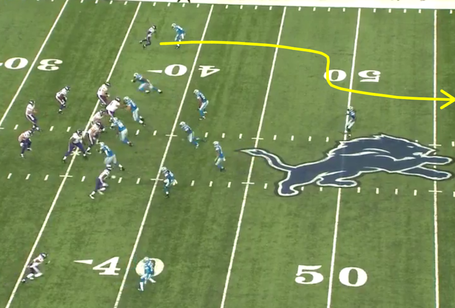 The Lions are in man coverage with one deep safety (Louis Delmas). Slay's receiver is going to fake a 10-yard in route, then turn it upfield. Slay bites hard on the fake. 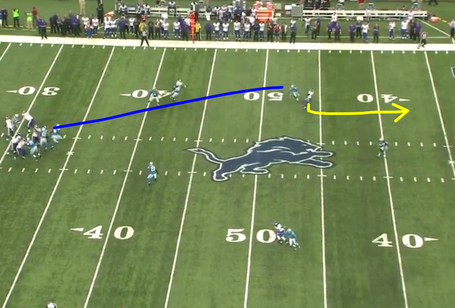 As the receiver turns it back upfield, look at Slay's eyes: focused solely on the quarterback. Normally, we think turning and looking for the ball as a positive, but in this case, it caused Slay to lose track of his receiver. As this progressed, he found himself nearly 10 yards behind the play. In Slay's defense, he should have had safety help over the top, but Delmas drifted a little too far to his left and found himself flat-footed. The result of the play was a 47-yard bomb, but with a more accurate throw, it would've been a touchdown.

Slay's overall day wasn't terrible, but he often found himself turned around or giving up just a little too much ground. He did, however, have great coverage on a quick slant that resulted in DeAndre Levy's "pick six." Overall, I don't think there's too much to worry about, and the Lions still consider him their starter.

Finally, Ansah had a fairly quiet day. Ziggy didn't get the start on Sunday, and he actually didn't get on the field until the second quarter (although that was mostly because the Lions had the ball for nearly 13 minutes in the first quarter). But he did flash signs of his big potential. 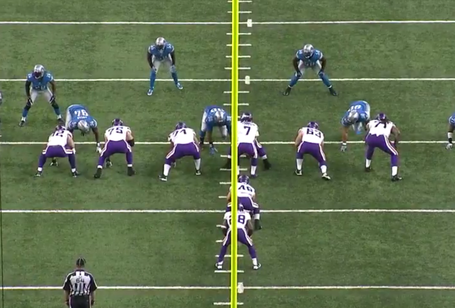 Ziggy (left) is not lined up in the Lions' typical wide-nine technique. Instead, he's just over the left tackle's left shoulder. But watch how quickly Ansah gets to the inside of the tackle. 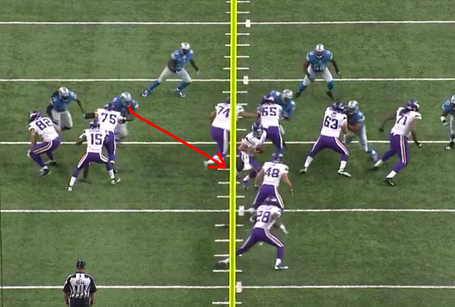 He crashes down the line before the lineman can get position on him, and he meets Adrian Peterson in the backfield for no gain. It was a great display of athleticism and quickness.

But at times, Ansah also showed why he is a rookie. He had an opportunity to make a huge play late in the game, but got fooled badly. 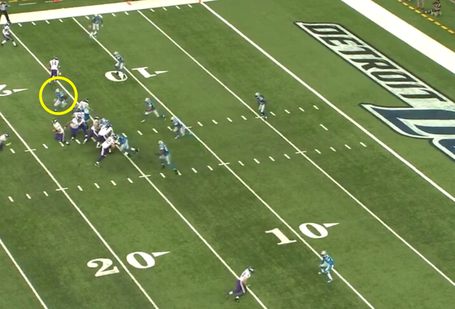 The Vikings leave Ansah unblocked, hoping that he'll bite on the play-action. Peterson is the decoy here, faking a run to the right. Ansah bites hook, line and sinker. 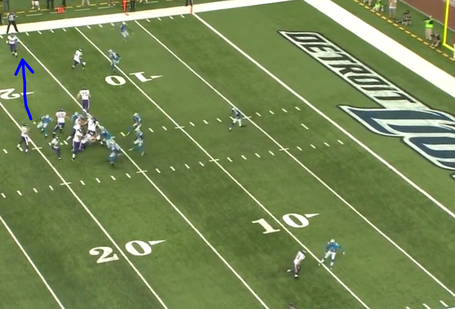 Had he not gone for the fake, Ansah could have picked up a huge sack or at least been in the passing lane, able to knock down the pass. But his misread gave Christian Ponder the open passing lane and the Vikings very nearly scored a touchdown on the play.

Ansah, overall, had a very typical rookie game. He had flashes of brilliance, but also had a mental breakdown or two, which should be fully expected of someone with as little game experience as him. I expect Willie Young to continue to get a lot of snaps instead of him, but as the season rolls on, I think Ansah will catch on and eventually get the heavy majority of snaps.

Oh, and undrafted rookie Joseph Fauria did this: