Week 4 NFL picks against the spread: Dumb and dumber

Here are my dumb and dumber Week 4 picks against the spread.

Share All sharing options for: Week 4 NFL picks against the spread: Dumb and dumber

I was 6-9-1 again last week. Hey, did you hear Dumb and Dumber To is being filmed?

Just when you think my picks against the spread couldn't possibly be any dumber, I go and make the following picks... and totally redeem myself!

Jim Harbaugh once refused to pay a courier he said he would pay $100, because the courier brought him tight game film and not the wide-angle film wherein you can see the entire action. "Jim Harbaugh doesn't do tight game film," he said in the third person. Jim Harbaugh is an a-hole, as you know. 49ers win, unfortunately. 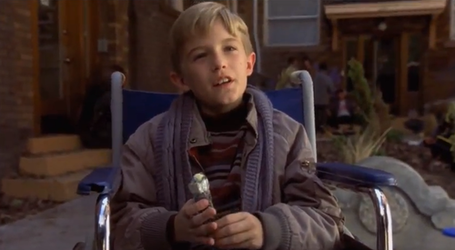 Eli Manning leads the NFL with 8 interceptions. His better brother and the quarterback he's playing in this game have ZERO combined.

Andre Johnson is day-to-day, but DeAndre Hopkins proves he's the real deal by having a solid game against a very strong Seahawks unit.

Shhhh, it's working. Need help determining which Lions to play in fantasy football?

I was impressed with how the Raiders played in the second half against the Broncos on Monday Night after being whooped in the first, but I think RG0-III helps his team (and name) improve to RG1-III.

Why? Why don't you eat your burger and I'll tell ya...

Last second field goal by Phil Rivers is no good. Cowboys win by the number of Tony Romo interceptions, chins and dimples.

Game of the Week is in my back yard. Maybe I'll go hang by the bar and put out the vibe:

People were honestly wondering if the Dolphins have what it takes to surpass the Patriots. Saints are all like, "What was all that one in a million talk?"

OK gang, you know the rules: make your picks in the comments and I'll keep tabs. No humping, no licking, no sniffing hineys.