Happy New Year everyone! First off, apologies for the long gap between my first post and this one but I did not anticipate my cat proving to me that my laptop is in fact not water proof. Now armed with a brand new laptop, part 2 of Cub Scouting with tjwGOblue will look at wide receiver prospects.

While I was impressed by the play of Kris Durham, Kevin Ogletree and Nate Burleson at times this season, the wide receiver position could use both an infusion of talent and youth. Durham and Ogletree were too inconsistent and Burleson is not getting any younger. Now that we know the Lions will be selecting (sadly) in the top 10, we can get a better idea of what prospects might be available for them to select. I will not solely be focusing on first round prospects considering the Lions will have high picks in each round (expect the 5th round, thanks Mike Thomas). 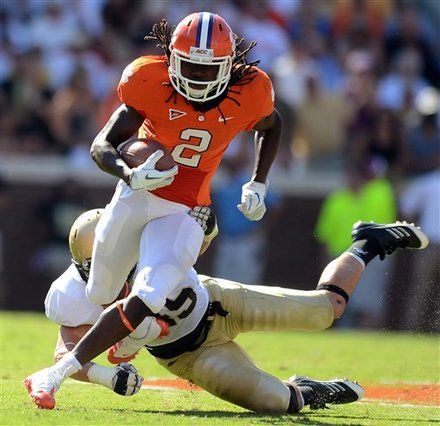 Quick Bio: Originally from Fort Meyers, FL. Was the #1 WR recruit in his class, #9 overall. Started as a true freshman despite not partaking in spring practices and went on to break eleven freshman Clemson records in his first seven games. He was named to the AP All-American team his freshman year, becoming only the fourth ever true freshman to do so, joining Hershel Walker, Marshall Faulk and Adrian Peterson. Certainly some nice company.

"Expert" Analysis: Arguably one of college football's most productive and electrifying players, Watkins is considered the top WR prospect in this year's draft class. Clemson has become a hot bed for offensive athletic prospects having produced C.J. Spiller, DeAndre Hopkins, and Dwayne Allen in recent draft classes. It was concerning to see Watkins take a step back in 2012, but he quickly eliminated those concerns with a monster 2013 season which was good since Hopkins was no longer lining up opposite of him. One of my concerns with Watkins is that 45% of his receptions were screen passes but when you produce 9.71 yards after the catch, you stick with what works right? Even if you remove Watkin's screen passes, he still averages an absurd 10.1 YAC. While most of his receptions were from screen passes, Watkins ran a bevy of routes at Clemson as noted by the third chart from Second Round Stats. Also, his 5.7% drop rate is a great average to have coming out of college. 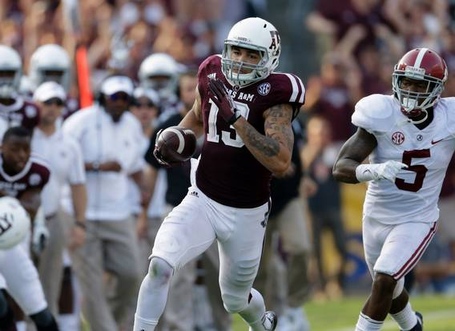 Quick Bio: From Gavlestone, Texas. Only played football his senior year but was also a standout basketball player in high school. Chose Texas A&M over Tulane and redshirted his freshman year.

"Expert" Analysis: After Watkins, various websites have different rankings of who is the next best WR in this draft class but Evans appears in the top 5 in a lot of them. Despite supposedly lacking elite speed, 25% of Evans' receptions came 20+ yards from the LOS and overall his receptions averaged 14.72 yards from the LOS. Add in his average of 8.53 yards after the catch and his 3.51% drop rate, and Evans projects to be a great addition to any WR depth chart. I am concerned about his lack of experience considering he only played one year of high school football. Also, it is hard to tell how much production came from plays breaking down sprinkled in with some Johnny Football magic which would be hard to replicate at the pro level. Former basketball players have been making a huge impact in the NFL and I think the Lions should strongly consider Evans if Sammy Watkins is not on the board. 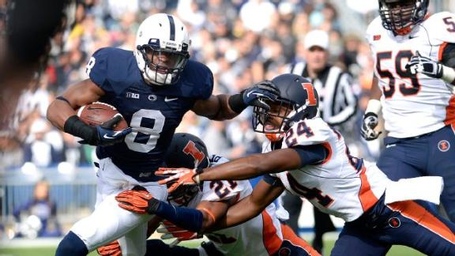 Quick Bio: From Southfield, MI and attended St. Mary's Preparatory in Orchard Lake where he won the Division 3 state championship as a senior.

"Expert" Analysis: While this feels weird typing, Robinson really benefited from the Sandusky scandal as he was one of the few returning receivers for the Nittany Lions. He quickly flourished in Bill O'Brien's newly installed pro-style offense and developed into a nice receiver. 30% of his receptions came from screen passes which is a little high but he averaged a strong 8.54 YAC. Only 30% of his receptions came from passes thrown 11 yards or more, so he isn't a real threat to burn you deep and once you take out screen passes, his YAC drops to 5.1 which is considered below average. Part of the poor YAC minus screen passes could partly be due to that most of his breaks out of routes were "comeback" breaks which he did 45.45% of the time on his routes which gives you the least YAC on average. Also, he has a nice drop rate of 4.55%. As of right now, considered on the bubble between Day 2 and Day 3 of the draft, so we'll have to see how he performs at the combine. I'm always a sucker for former local talent and I think he'd be a nice addition to the Lions. 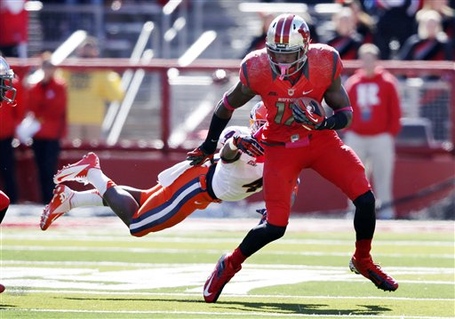 
Quick Bio: Originally from Accokeek, Maryland. Redshirted his freshman year. Was in the top 250 prospects by Rivals.com his senior season.

"Expert" Analysis: The stats and accolades certainly don't scream exciting for Coleman but if you have seen the kid play, he has potential but he is a project. He does not have blistering speed and Rutgers did not ask him to run a wide variety of routes in their offense but he's strong enough to break past press coverage and has a decent enough hesitation move to create separation. He's a big guy and uses his size to his advantage. His stats are decent considering Rutgers is known as a run-first team and not known for its QB play. He looks more like a tight end and Big Joe showed us what a good sized target can do in the end zone for Matthew Stafford. Also, in the past few years, Rutgers has produced some nice NFL ready prospects. 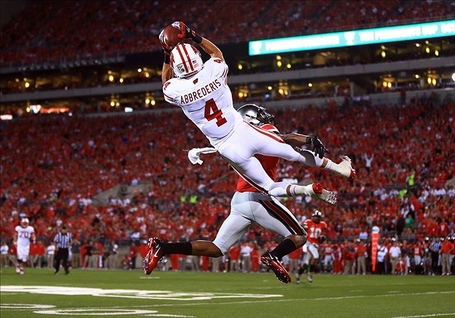 Quick Bio: From Wautoma, Wisconsin. Redshirted his freshman year at Wisconsin. Was a multi-sport athlete in high school having played football, track and wrestling. Was named Gatorade high school track athlete of the year as a senior.

Accolades: Burlsworth Trophy 2013 (Given to most outstanding college player who started career as a walk on). First Team All Big-Ten 2012 & 2013, along with honorable mention in 2011.

"Expert" Analysis: Another player on the bubble in terms of Day 2 and 3 of the draft. Overall a very good athlete and has really developed well in the Wisconsin system that emphasizes a run-first philosophy. Going up against potential first round pick, Bradley Roby of Ohio State, Abbrederis had 10 receptions for 207 yards and a TD. He is deceptively quick and has experience returning punts and kicks. Abbrederis also has 28 rushing attempts for 291 yards with 2 TDs for his career. Considering the shoddy play at QB for Wisconsin, Abbrederis has been very productive for the Badgers. If Jeremy Ross weren't on the Lions, Abbrederis might be worth a look considering his potential as a punt returner, but if Abbrederis were to fall in the draft, the Lions should consider him.

Those are five potential picks I like for the Detroit Lions, who else has caught your eye this college season? Be sure to vote and comment on whom you would like to see in the Honolulu blue and silver or at least who you think will make an impact at the NFL level. Also, be sure to share what positions you think the Lions should consider drafting. I'll be doing my first defensive series next.

Who should the Lions draft at the Wide Receiver position?