For my 2014 NFL mock draft, I literally picked names out of a hat. Here are the results.

Share All sharing options for: 2014 NFL mock draft: In which I pick names out of a hat

For the second year in a row, I decided to put together my mock draft by simply picking names out of a hat. Last year, my out-of-a-hat mock draft produced some crazy picks (like Geno Smith going to the Detroit Lions), but it actually got two selections correct. Considering how unpredictable the first round turned out to be, that was quite good all things considered.

For this year's out-of-a-hat mock draft, I took the top 32 players from SB Nation's top 200 rankings and put the names into a hat: 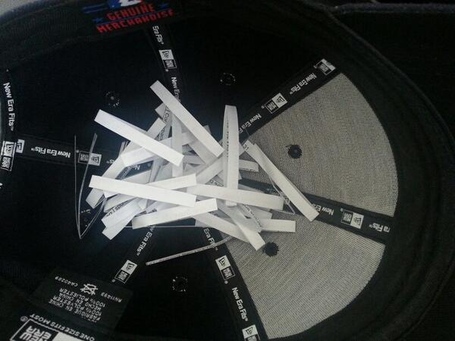 I then went through the first round by picking a name out for each pick. Once again, this method produced some crazy picks that will never actually happen -- Louis Nix going to the Lions at 10, for example -- but there are a few selections that do seem plausible. Check it out:

The point of this exercise is obviously not to put together the most accurate 2014 NFL mock draft possible. Instead, it's simply a nod to the unpredictability of the actual draft. In many cases, you're better off picking a name out of a hat than trying to actually predict what will happen, as last year showed us.

For this year, let's go ahead and set the over/under at 1.5 for how many picks the out-of-a-hat mock draft will correctly predict. Are you taking the over or under?