Week 1 NFL picks against the spread: And we're back!

Kick off NFL Kickoff Thursday with our 2014 Week 1 picks.

Share All sharing options for: Week 1 NFL picks against the spread: And we're back!

I don't know how it felt for you, but that offseason didn't feel very long at all for me. Like a radio pausing for station identification. The NFL does a good job of keeping fans busy with the draft and OTAs and player arrests, so it's like the NFL never really sleeps.

We're back again with NFL picks against the spread. This is my eighth year picking games against the spread and making them public for potential humiliation, but despite a poor 116-129-9 showing last year, I'm actually a very respectable 414-340-11 (55 percent) over the last three years. Congratulations to POD reader Northern Lite for being the best last season. Can he do it again? POD now has a picks against the spread league on Yahoo!, but if you missed out on that and want to get in on the action, put your picks in the comments and I'll track them. I'll have my picks each week and will publicize the top 10 standings.

Let's kick it off:

Only two visiting teams have won the NFL Kickoff game since 2012, and the Seahawks are a combined 15-1 at home the last two seasons. Soooo, what am I doing here with my first pick of the season?

Call it a Hail Mary.* Or just a cover.

*The last time these two teams met in the regular season was in 2012 when GOLDEN TATE took advantage of some generous replacement officiating and made a game-winning "catch" in the end zone on the game's final play.

Seven of the last 11 games between these two rivals have been decided by four points or fewer. I think Matt Ryan and Julio Jones lead their team to a strong Week 1 home showing after a sorry 4-12 finish in 2013.

I still wish Sammy Watkins was on the Lions, but he's not going to do the Bears like, say, rookie Anquan Boldin did the Lions in 2003 (10 catches, 214 yards, two touchdowns and me puking).

The Bills have dropped all five of their visits to Chicago by a 135-39 margin.

I'm legitimately wary of what the Bears offense will do to opposing defenses this season, especially in Movember. 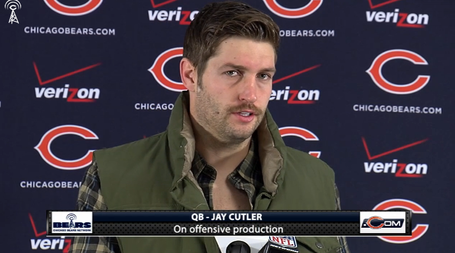 The Chiefs are hobbled by injuries and arguably have less talent than they had a year ago, when they started 9-0, but they still have Jamaal Charles, and the Titans defense will be a work in progress. I see a real struggle of a Week 1 for Ken Whisenhunt in his Tennessee debut.

Did I mention Jamaal Charles?

Adrian Peterson going up against that Rams defensive front will be the second biggest story behind... Shaun Hill! Vikings offensive coordinator Norv Turner struggles in his debut against Rams head coach Jeff Fisher, who Turner coached 34 years ago at USC.

Great quote from Tom Brady the other day:

When I suck, I'll retire.

He won't suck, but the Dolphins will keep the game close enough in their home opener.

Rookie quarterback Derek Carr intercepted the starting job from Matt Schaub after lighting up the Seahawks (backups) in the preseason finale (11-for-13, 143 yards and three touchdowns). Carr's going to make Geno Smith look like a polished veteran with his extra toys, Eric Decker and Chris Johnson.

The Jaguars don't want Blake Bortles to learn on the fly, so they're starting Chad Henne, who throws more passes to the opponent than his teammates in the end zone. I mean, he throws more interceptions than touchdowns. Chip Kelly's squad might not have DeSean Jackson anymore, but Darren Sproles is an underrated acquisition, and nobody's talking about Riley Cooper's country-concert tactics anymore.

Who gets more air time: Brian Hoyer or Johnny Manziel? I'm guessing Hoyer, on his butt. Cleveland hasn't won an opener since 2004 and has lost 10 straight at Heinz Field.

Steelers running backs Le'Veon Bell and LeGarrette Blount will play after getting caught with some Matthew McChronicey while the Browns will be playing their first of 16 games without Josh Gordon, who was suspended for the season as a result of his habit for smoking the drug. Scoff.

You know what might have been a better punishment for Ray Rice? Make his sorry ass play in this game against the tough Bengals defense and then suspend him while he has a headache. Giovani Bernard is exciting. That is all.

After a 2-14 season, it's easy to overlook the Houston Texans. But you shouldn't. Their quarterback is now smart enough to know that it's bad to throw pick-sixes; they still have stars Andre Johnson, Arian Foster and J.J. Watt; and then there's exciting rookie Jadeveon Clowney. Chalk 2013 up as an anomaly for the Texans and don't be surprised with a bounce-back year.

The 49ers seem kind of like a mess to the casual observer -- player suspended, player arrested for domestic violence and head coach spends offseason trying to catch foul balls at baseball games. On the other side, there's Jerry Jones and Tony Romo's back.

This game may be a shootout, but I'm taking Dallas to keep it close.

Cam Newton hasn't practiced all week despite the fact he insists he's going to play. It doesn't matter, because the Bears' best quarterback from 2013 is leading Tampa Bay to victory.

Peyton Manning lost the Super Bowl, Eric Decker and now Wes Welker. He's playing it cool, pretending he wasn't surprised by Welker's suspension when Welker was, but he has to be sweatin' -- and I doubt he popped a Molly.

Andrew Luck takes another step forward in his third year and at the very least helps keep this game competitive to the very end.

I'm going to steal a line out of POD writer Christopher Tomke's book: Of course.

I can't imagine how loud it's going to be at Ford Field on Monday Night Football to start the season off right. I cannot wait.

The Cardinals will be without a couple defensive starters and I think Philip Rivers had another kid.

Leave your picks in the comments if they're not already being tracked by Yahoo!