The best photos from the 2014 Detroit Lions season

As we look back on the 2014 Detroit Lions season, let's celebrate the best and worst moments captured in still frame.

Share All sharing options for: The best photos from the 2014 Detroit Lions season

With that in mind, I want to present my favorite Detroit Lions moments caught by photographers this year. SB Nation doesn't have copyrights to Sports Illustrated photographs, so I will pull from the bucket I have access to (USA Today Sports and Getty Images), which, ironically, is likely a couple of the sources Sports Illustrated may end up using. But as a side note, two of my favorite photographs not included in this compilation are Glover Quin's interception and the sideline's reaction against the New Orleans Saints and Brent Grimes' interception in front of an anticipating Lions crowd. 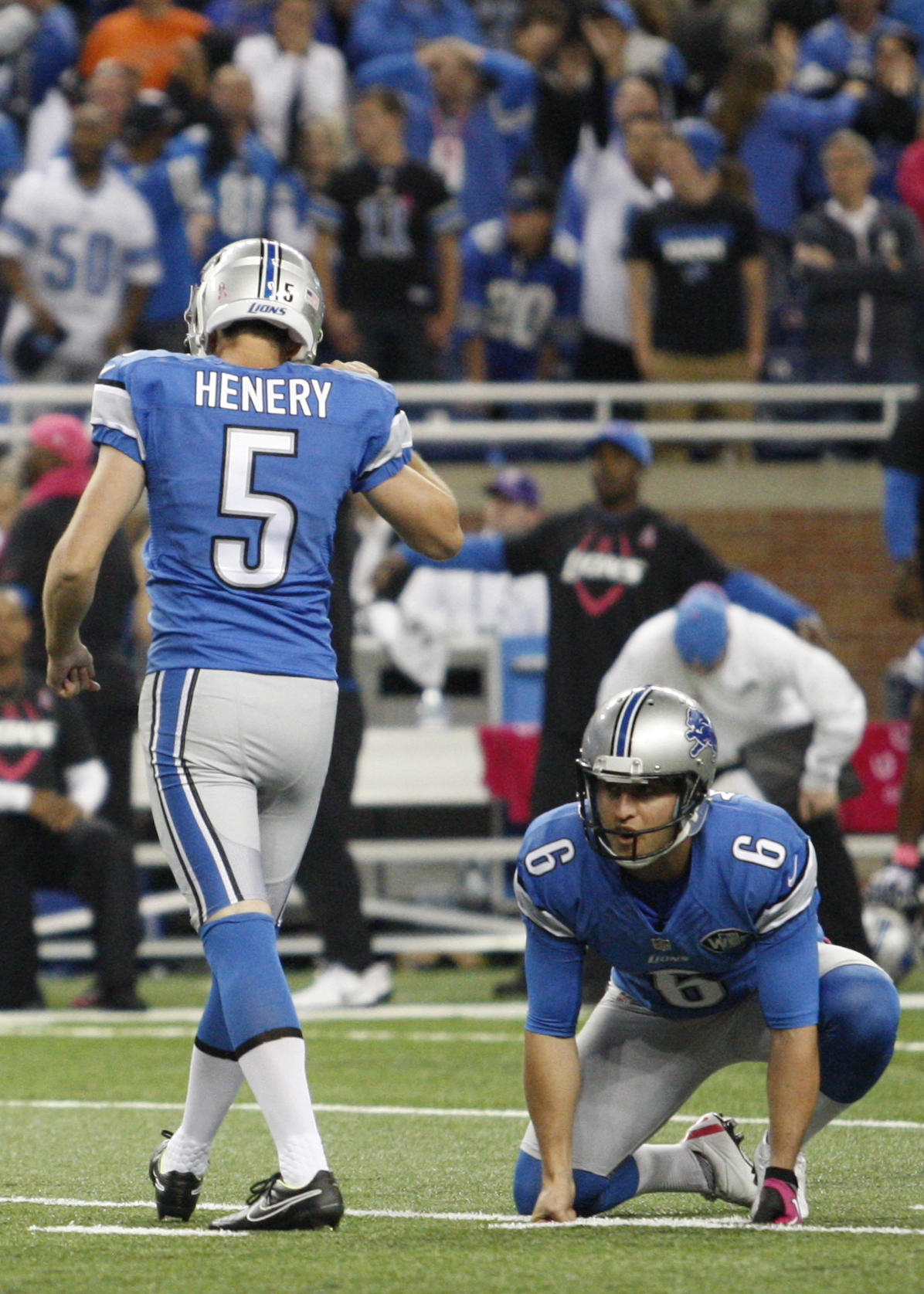 Kicking woes pretty much dominated the first quarter of the Lions' 2014 season. It was a weird time for a franchise that had become defined as the team that could only get kicking right for two decades. A distressed Alex Henery walking off the field for the final time toward his own teammates hunched over in grief perfectly grasps the state of the team after the Buffalo game. Sam Martin's stupefied face also adds some much-needed levity to the moment. 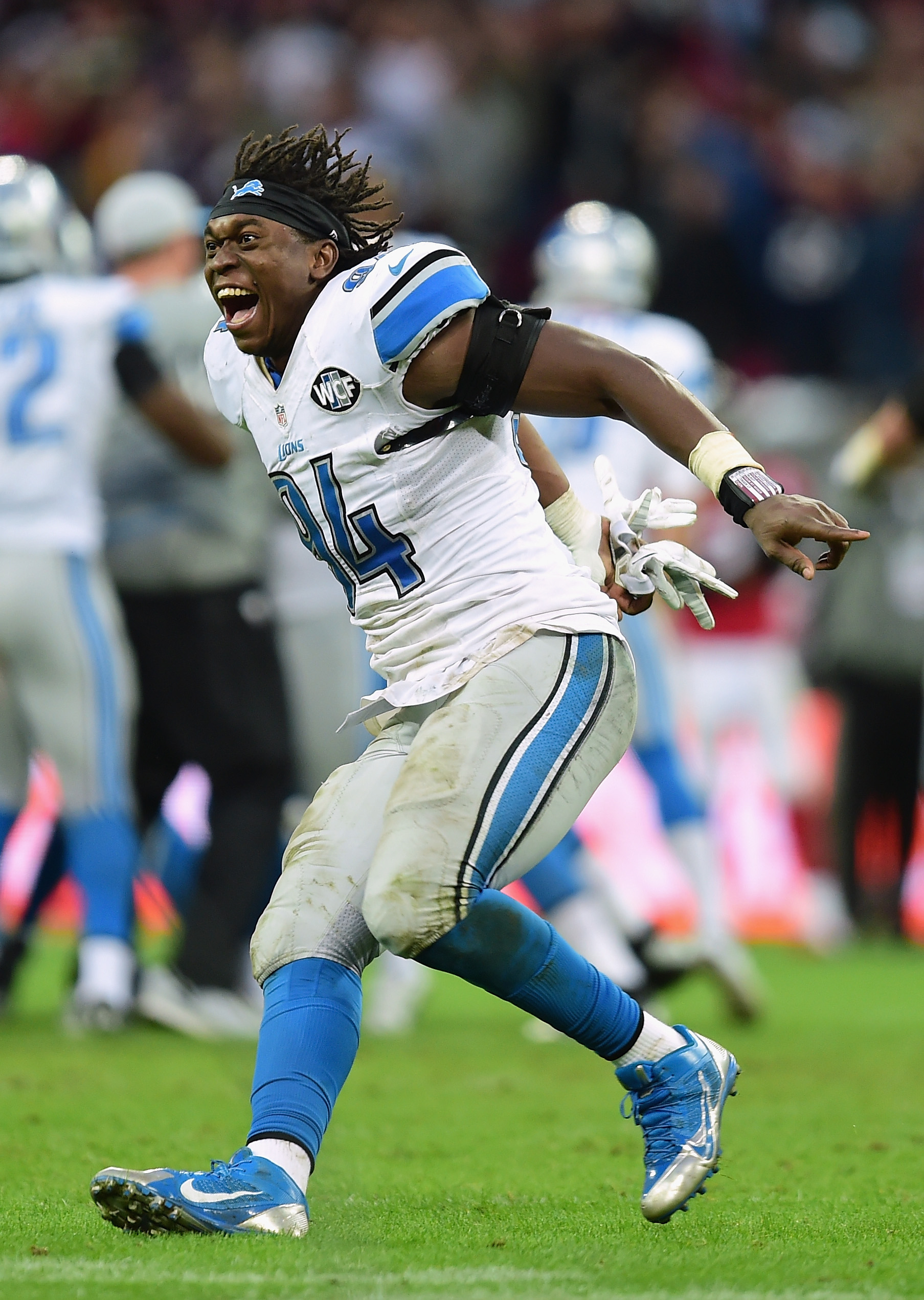 On the other end of the kicking spectrum, when Matt Prater booted the game-winning kick in London, the feeling of euphoria traveled well across the pond. No one brought this feeling to life better than Ziggy Ansah and his face enveloped with a cocktail of bliss, disbelief and relief. The hair whipping through the air adds the sense of wildness that was the last four minutes of that game. 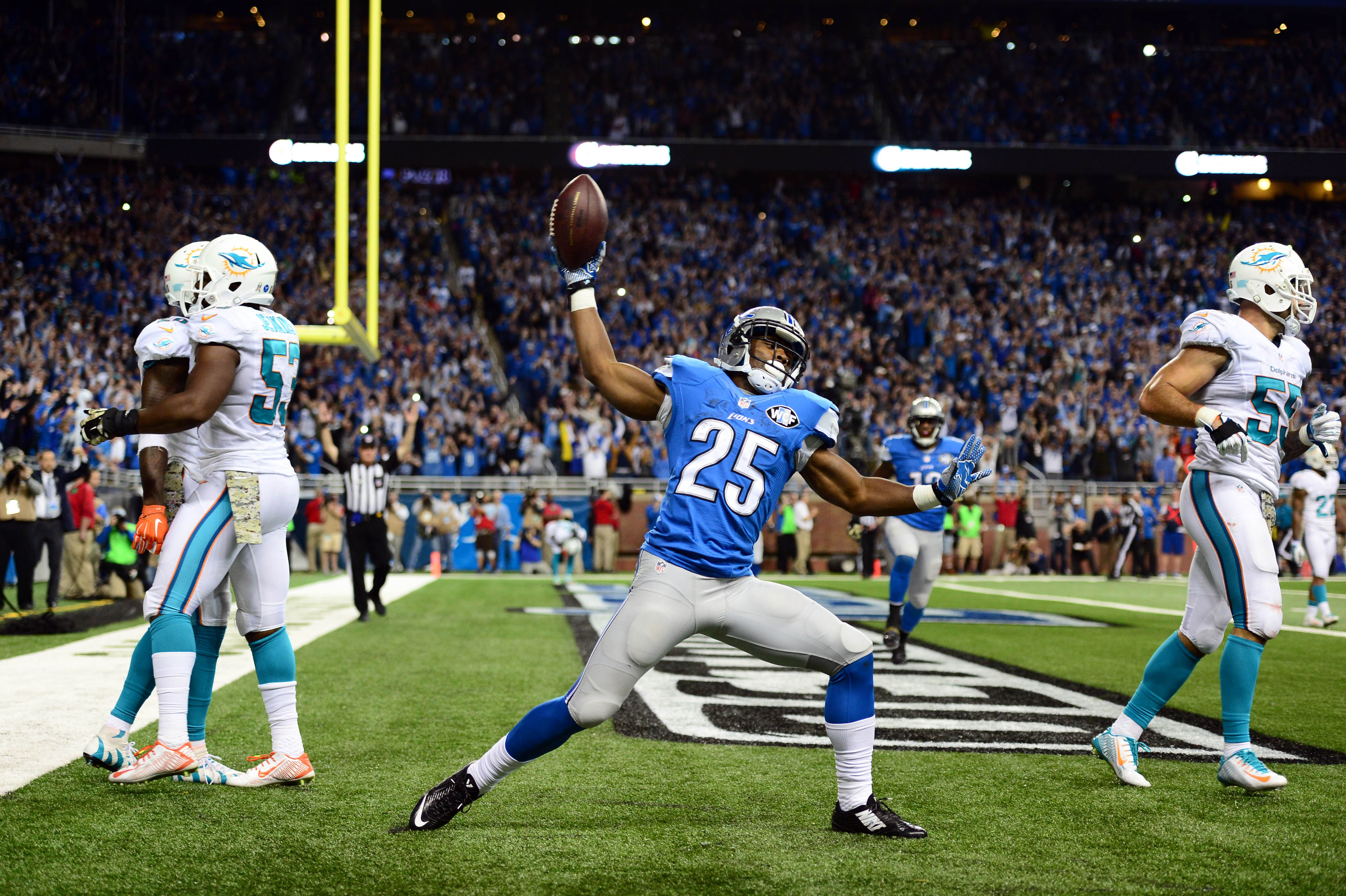 Some of the most memorable moments in sports create some of the best photos. After his game-winning touchdown against the Miami Dolphins, Theo Riddick's spike created a very statuesque posture in a moment of bombastic celebration. I can just imagine this pose plastered on a dorm-room wall. 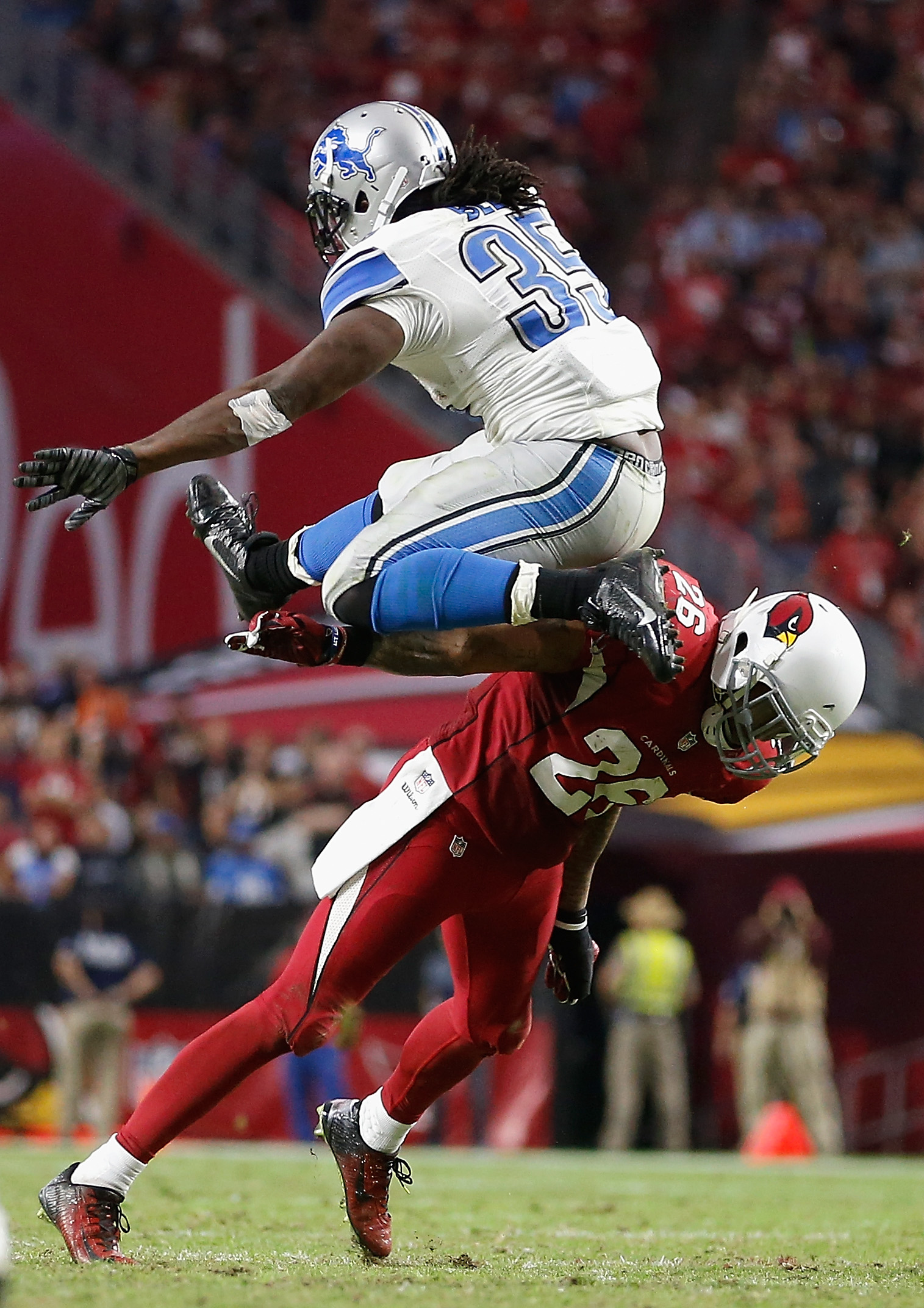 Watching Joique Bell leap over a defender can be fun to do over and over again. But watching an animated GIF of the play doesn't really capture the degree of difficulty of the maneuver. This amazing photo is a reminder of just how high Bell has to elevate himself and how impressive of a feat that really is. 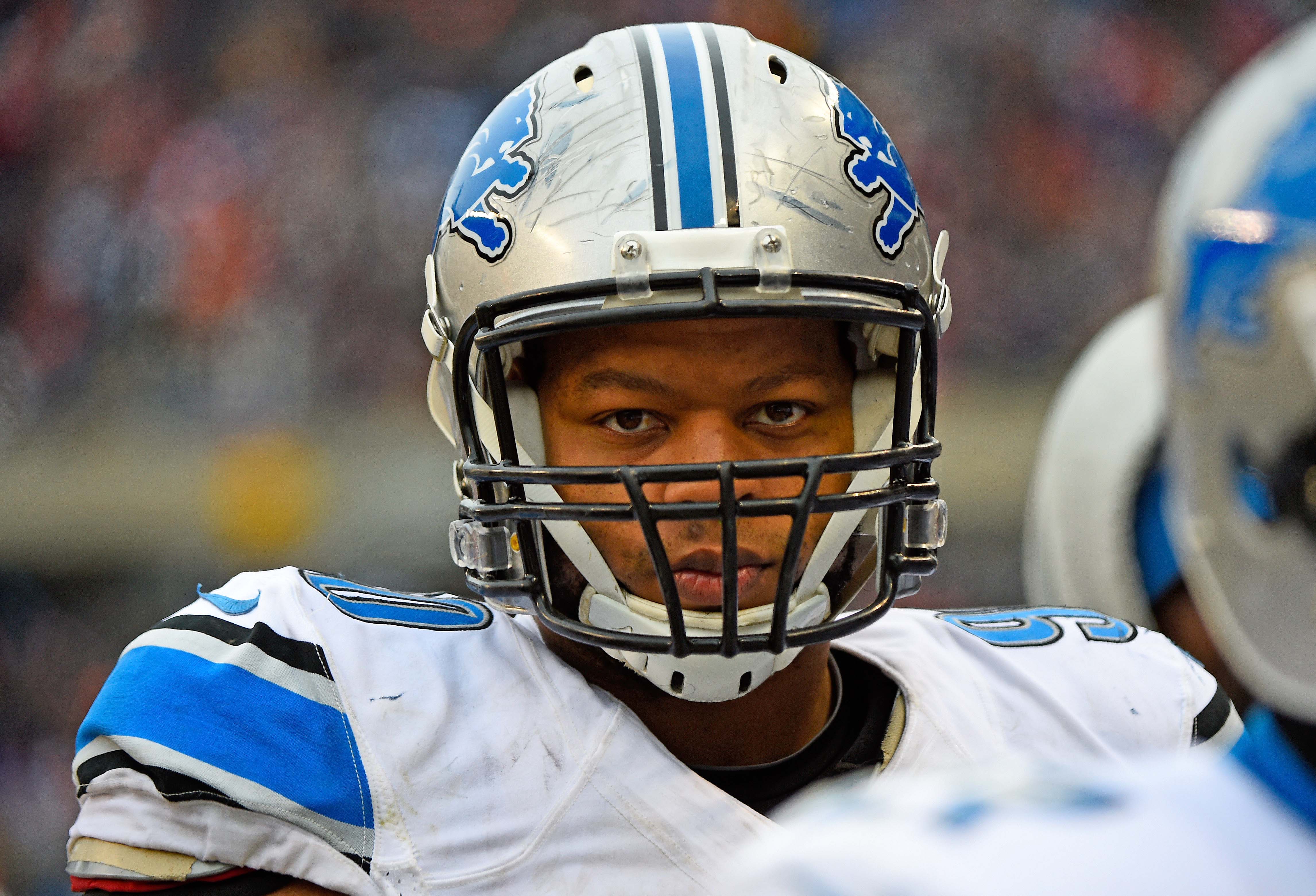 Ndamukong Suh is on my side, and this photo still scares that crap out of me. Like the Mona Lisa, no matter where you are, there is Suh staring at you blindly. You cannot read any intentions on his face, but based on the huge lacerations in his helmet, they probably aren't good. 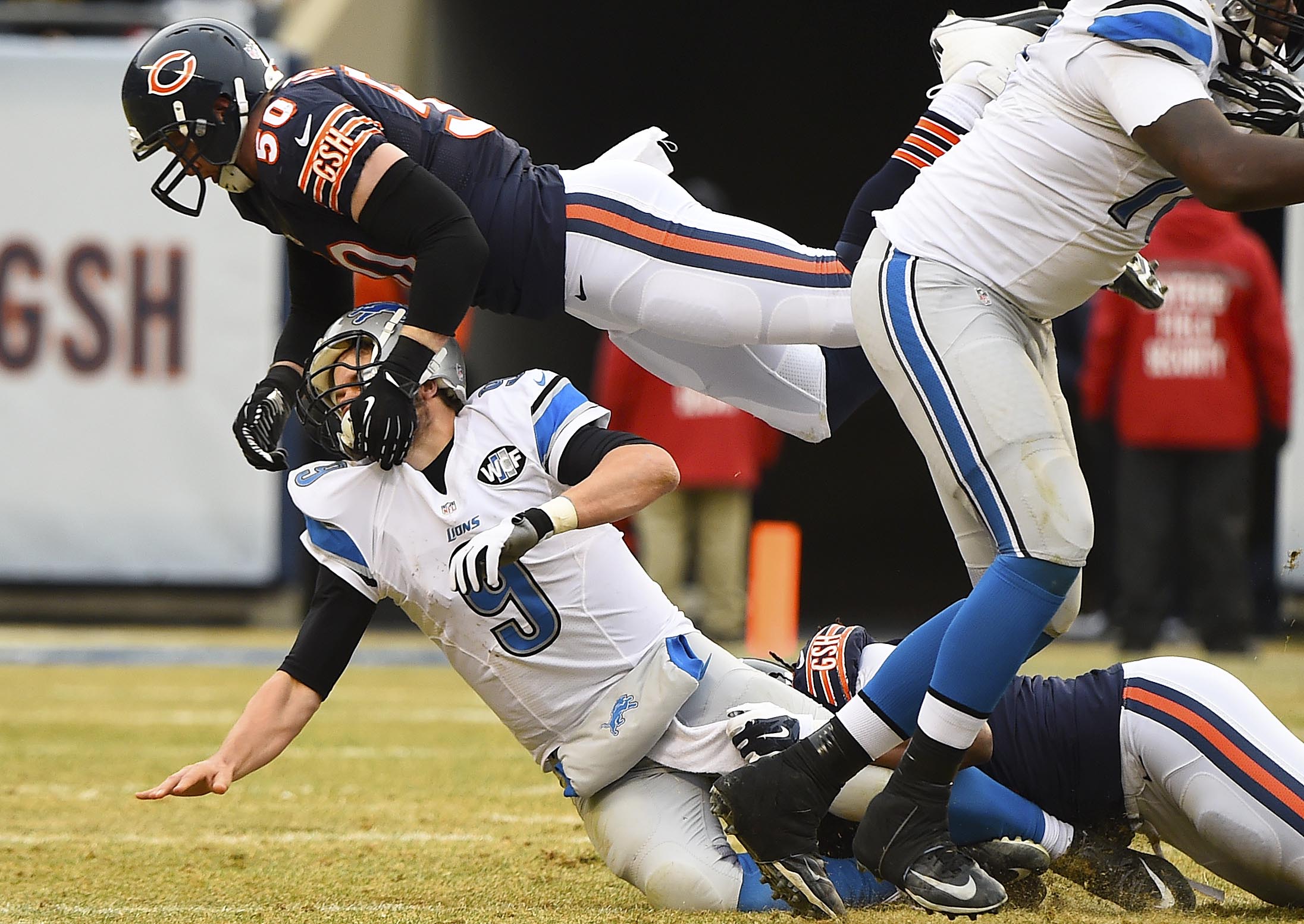 In a game that was defined by a misstep/stomp that Dominic Raiola took, it's hard to remember what a beating Matthew Stafford received in that game. This amazing still captures the brutalness that Stafford endured all season, something you couldn't always see from the television broadcast. 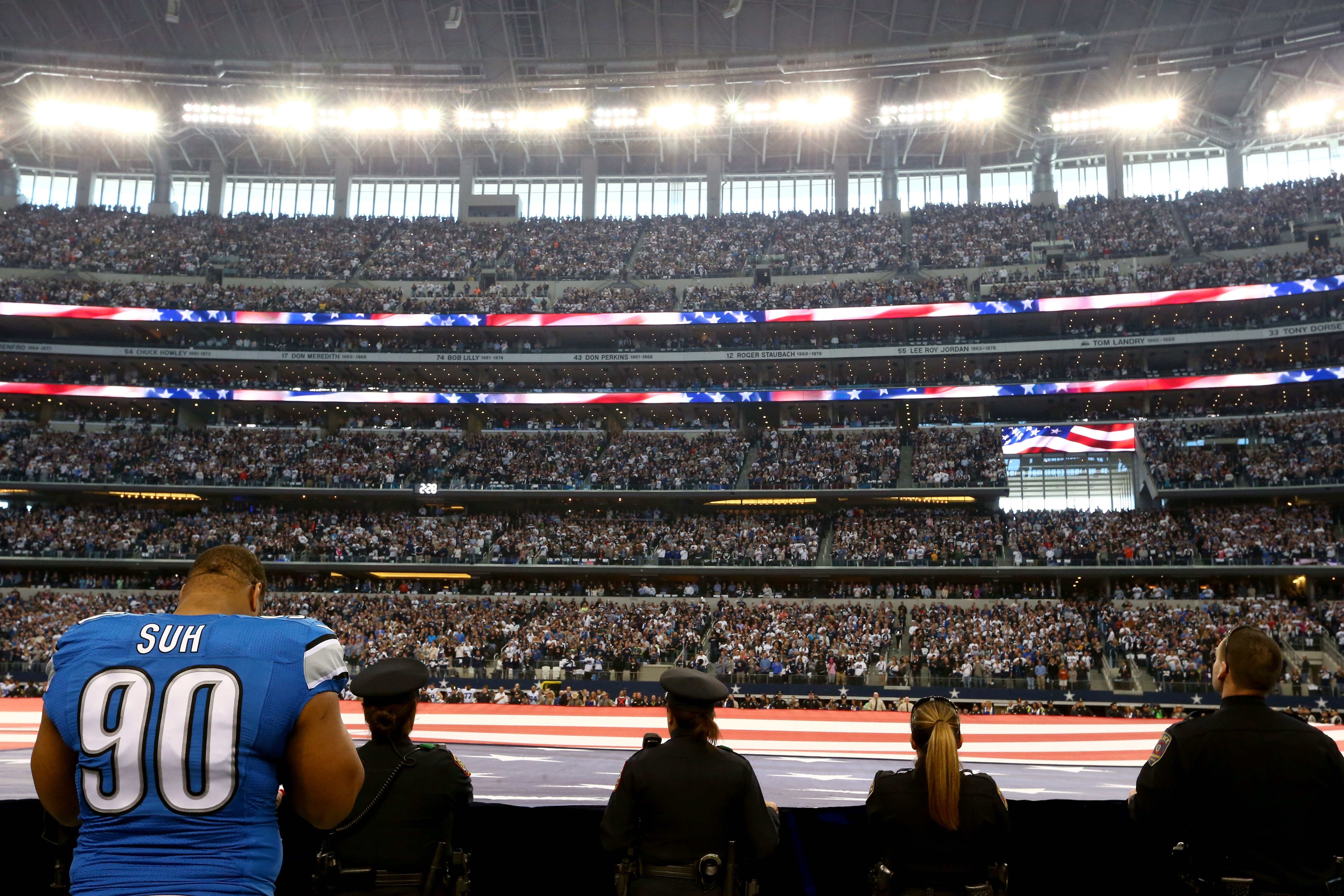 The extravagance that is JerryWorld can be comically ridiculous at times, but it can also create some very photogenic moments. Suh bowing his head before his biggest -- and possibly last -- game in a Detroit Lions uniform creates a moment in which I'm already feeling mournful for. 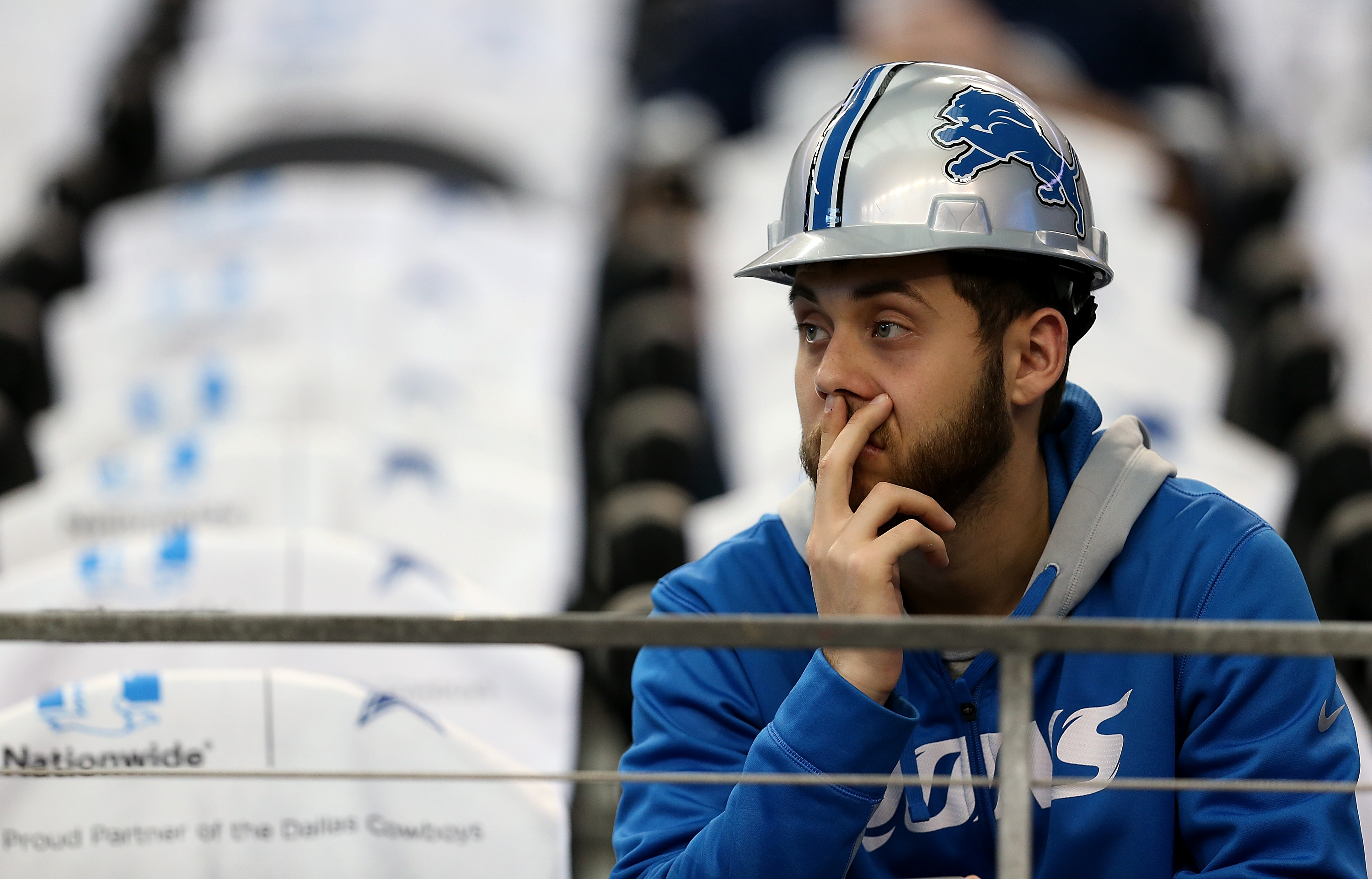 The last photo is the one I used as a header to my first post after the Lions' wild-card playoff defeat. The forlorn look in the face of the Lions fan perfectly encapsulated the misery of the entire fan base post-game. He's alone because no one can understand the plight of the Lions fan.

The dirty little secret to this picture (which is obvious to the keen-eyed) is that it was actually taken before the game. Even with that bit of knowledge, I love this picture. With the team's biggest game on the horizon, the look on this fan's face shows just how important a win would be to this franchise and just how terrifyingly high the stakes were.

Wrapping up the Lions' 2014 season