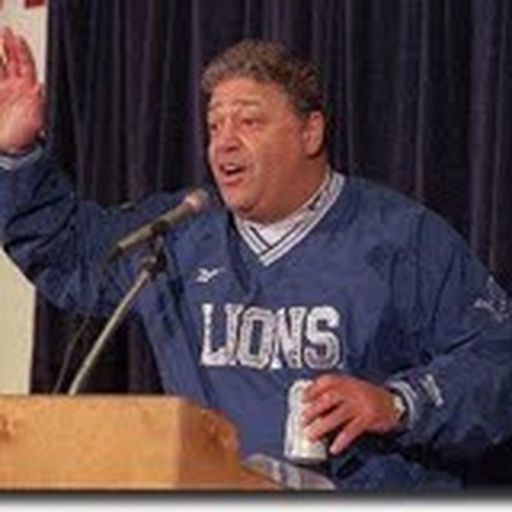 I'm a Lions fan who went to college in Chicago during the Matt Millen era. Naturally, I'm a masochist. I'm an editor by trade, and I still live in Chicago. I'm in my late 20s (as of writing this bio, at least).

The end is finally here. Let's keep the mood buoyant by looking at a bunch of GIFs of Quandre Diggs.

Don't give Golden Tate so much space

This holiday season, we're examining the great leveler in the Lions' offense.

With Jimmy Graham out west, the New Orleans Saints have been leaning on a 12-year veteran to pick up the slack.

The Rams are too aggressive for their own good

After the 100th obituary for the Lions' playoff hopes, let's talk about how tight ends and running backs have been killing the St. Louis Rams lately.

Why is Theo Riddick so productive?

The Lions' third-year running back isn't just great in space; he's great at creating it.

The Lions enjoyed a modicum of success on the ground against the Oakland Raiders by breaking from old habits. Let's be thankful for that.

Things of that nature: Secondary is primary

There will be no end to the mirth from Week 10. Let's talk about the Lions' coverage efforts against Green Bay last week.

Are the Packers vulnerable to the long ball?

In the past two weeks, the Green Bay Packers have given up more than a few big plays on defense. Can the Lions continue that trend on Sunday? (Probably not, but read on anyway.)

Dinking and dunking with the Chiefs

For Alex Smith and the Kansas City Chiefs, the deep ball is anathema.

Things of that nature: Optimism, All Day

Adrian Peterson shredded the Lions in Week 2, but he's been held in check for long stretches of 2015. Week 6, here we come.